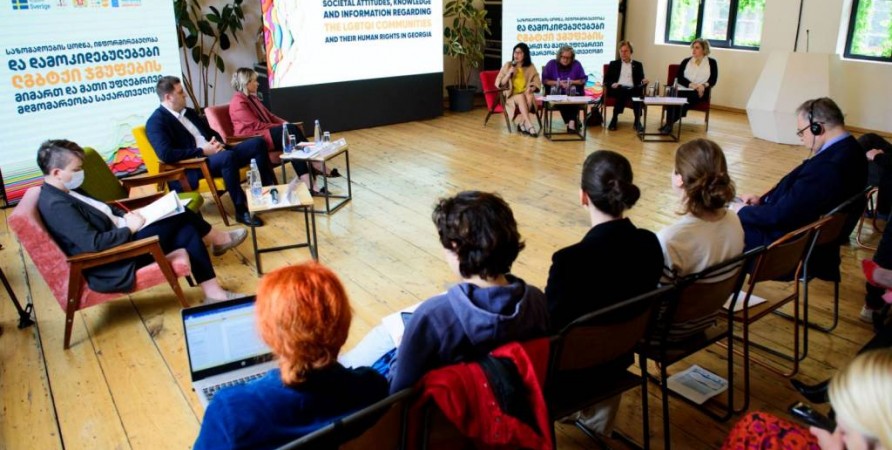 Reports on Attitudes towards LGBTQI people

On May 6, 2022, the Public Defender's Office and the Women’s Initiatives Supportive Group (WISG), a non-governmental organization, presented reports on public attitudes towards the LGBTQI community and their rights situation, and talked about the main findings of the reports and the recommendations developed for various government agencies.

The reports prepared by the Public Defender's Office reviews Georgia's international commitments, national legislation, policy documents and their implementation. It is noted in the reports that the state policy towards LGBTQI issues is inconsistent and not based on the real needs of the group. In addition, legislative and policy measures are hardly implemented and cannot improve the quality of life of the community.

The new reports show that negative attitude towards the LGBTQI group remains a challenge, although positive changes have also been observed over the last five years.

The special reports were prepared under the auspices of the UN Joint Programme for Gender Equality, with the support of the Government of Sweden and assistance of UN Women, United Nations Development Programme and United Nations Population Fund.

Ekaterine Skhiladze, Deputy Public Defender of Georgia, Sabine Machl, UN Resident Coordinator in Georgia, representatives of the legislative and executive branches of government, international organizations and the diplomatic corps, as well as human rights defenders, delivered speeches at the meeting.

Assessment of the Rights Situation of the LGBT+ Group in Georgia