The meeting was aimed at discussing several issues that, according to the Public Defender, are important for effective investigation and prevention of crimes, as well as for fight against torture and inhuman or degrading treatment.

The Public Defender focused on inadmissibility of raising criminal or administrative responsibility against inmates in case of providing incorrect or even false information to Public Defender’s authorized representatives or members of the National Preventive Mechanism. The sides also discussed issues of full and effective investigation and correct categorization of facts of torture and inhuman or degrading treatment, as well as necessity for launching and conducting investigation by the Prosecutor’s Office into the facts of alleged coercion and threats exerted on employees of law enforcement agencies on their workplace. The Public Defender stressed the importance of conduction of investigation of similar cases by the Prosecutor's Office.

The Public Defender expressed interest in performance of a new department of the Prosecutor's Office, created in February 2015 for studying the cases of torture and inhuman treatment, as well as exertion of coercion and threats on citizens for the purpose of making them concede their property, and expressed hope that the department's efforts will be transparent and information about its activities will be proactively provided to public.

At the end of the meeting the sides expressed readiness for future cooperation, including in discussing problematic issues and staff training /retraining. 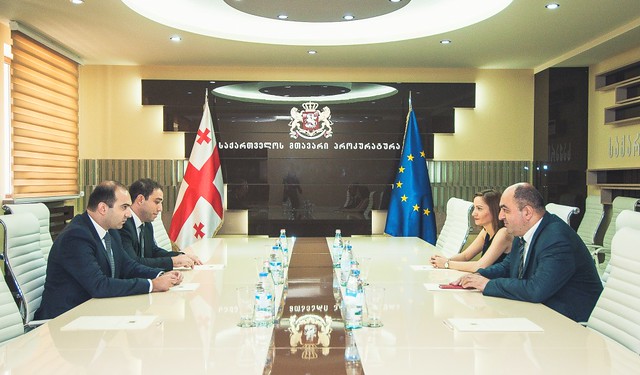