Meeting between Public Defender and Minister of Corrections

On August 3, 2015, Minister of Corrections and Probation Kakha Kakhishvili paid a visit to the Public Defender of Georgia. The meeting was attended by Deputy Public Defenders Paata Beltadze and Natia Katsitadze as well.

Problems and ongoing reforms in penitentiary system, facts of ill-treatment, conditions in the facility No7, access to video recordings and other important issues were discussed at the meeting.

It should be noted that Kakha Kakhishvili held his first official meeting after being appointed to the minister’s post with the Public Defender, which demonstrates the ministry’s desire for active and close cooperation and gives hopes to the Public Defender that quality of fulfillment of his recommendations will be increased.

At the end of the meeting the sides agreed on conduction of regular meetings to discuss ongoing important issues. 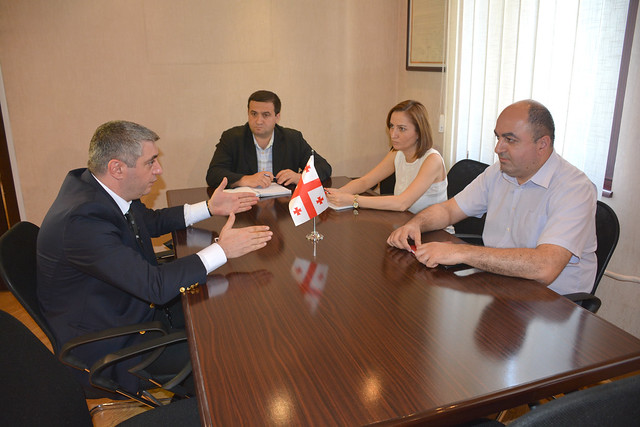