Meeting with Ambassador of Kingdom of Netherlands

On December 3, 2015, Public Defender Ucha Nanuashvili and Deputies of Public Defender Paata Beltadze and Natia Katsitadze met with Ambassador of the Kingdom of the Netherlands to Georgia Jos Douma. At the introductory meeting the sides discussed cooperation between the two countries in terms of protection of human rights as well as future perspectives.

The Public Defender said it would be useful for his institution to share the experience of a country of high quality democracy, particularly in terms of violence against women and gender equality, tolerance and protection of the rights of persons with disabilities and civic education. He also talked about the opening of the Public Defender’s Academy of Human Rights, within the framework of which trainings are held by Georgian and foreign experts.

The Public Defender generally overviewed the current situation in terms of media freedom and justice; spoke about the necessity of creation of labor inspection and independent investigative mechanism; reviewed the needs of the conflict affected population; noted that human rights are not monitored and involvement of international organizations is minimal in the conflict regions, which further complicates protection of human rights there.

At the end of the meeting, the Ambassador thanked the Public Defender for an interesting meeting and expressed hope for close cooperation. 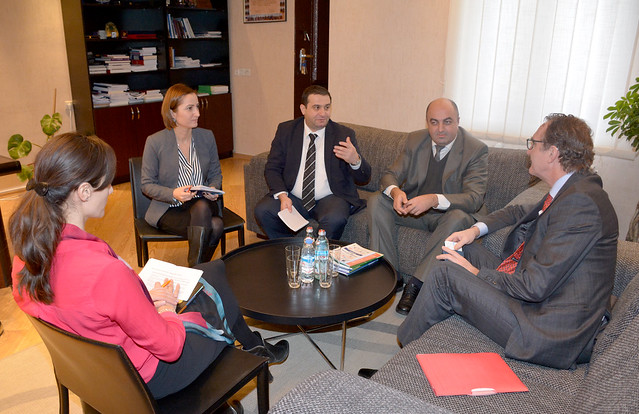