Meeting with Council of Europe Commissioner for Human Rights

On November 9, 2015, Public Defender Ucha Nanuashvili met with Council of Europe Commissioner for Human Rights Nils Muižnieks and talked about the recent developments around the Rustavi-2 TV company, the legal dispute over the TV channel, the justice system and freedom of the media in the country.

The needs of the population living near the dividing line, restriction of freedom of movement and violation of the right to education were also discussed at the meeting. It was noted that human rights are not monitored and involvement of international organizations is minimal in the conflict regions, which further complicates protection of human rights there.

Among other topics, the Public Defender talked about the implementation of the anti-discrimination legislation, the legislative shortcomings and the bills submitted to the Parliament for eradicating the shortcomings, as well as the rights of prisoners.

It was noted that, unfortunately, a number of challenges still remain in the country in terms of protection of human rights, including neglect of Public Defender’s recommendations submitted to the High Council of Justice and abuse of power by the Prosecutor’s Office and law enforcement authorities, as well as shortcomings in the investigation of similar facts, which once again proves the relevance of the Public Defender's categorical demand for creation of an independent, effective and accountable mechanism of investigation.

Special attention was paid to the elimination of violence against women, the efforts in the field of gender equality and the necessity of fulfillment of obligations by the state in terms of creation of labour inspection and protection of labor rights.

Ucha Nanuashvili briefed the European guest of two novelties in the Public Defender's Office – activation of hotline and opening of the Academy of Human Rights.

At the end of the meeting the Public Defender thanked the Council of Europe Commissioner for assistance and cooperation. 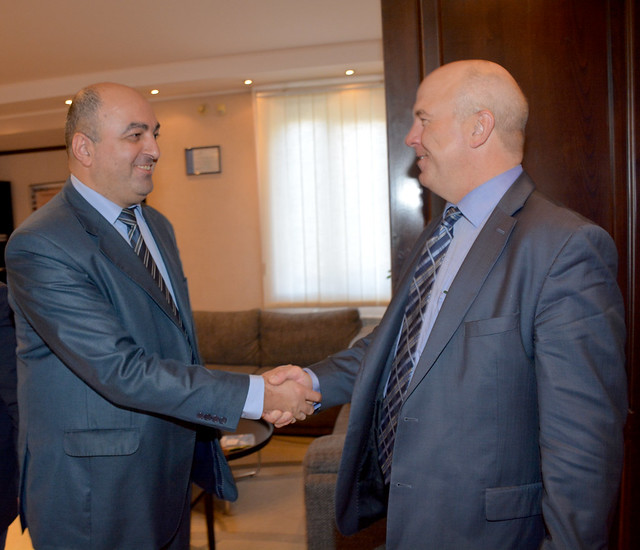