On April 15, 2016, the Public Defender's Office was visited by Maud de Boer-Buquicchio, United Nations Special Rapporteur on the sale of children, child prostitution and child pornography.

The issues of child abuse, child sale and child prostitution in Georgia were discussed at the meeting with First Deputy Public Defender Paata Beltadze and Head of Public Defender’s Center for Child's Rights, Maia Gedevanishvili.

Paata Beltadze introduced the Public Defender's vision in this respect, spoke of the challenges, including the children living and working on the street - the so-called invisible children, many of which are not registered, which creates fertile soil for all kinds of violence, including trafficking and prostitution, against them.

Coordination and relevant awareness of the agencies responsible for these children are problematic. In 2015 the Social Service Agency addressed the Ministry of Internal Affairs within the framework of the children's shelter program 11 times. It is noteworthy that 2 of the cases concerned alleged involvement of children in the prostitution, but only one of the cases was responded. According to obtained information, there was no reaction to the alleged case of trafficking. According to information provided by the Central Criminal Police Department of the Ministry of Internal Affairs, two cases of labour exploitation of minors were identified in 2015 and an investigation was launched into one criminal case of trafficking.

The child adoption rule, according to which adoption applicants are waiting their turn for years, also needs legislative and administrative improvement.

Maia Gedevanishvili spoke of the children's shelter subprogram and its day centers, crisis intervention shelters and transit centers, as well as its mobile groups that work with the children on the street in order to identify their needs. She noted that in 2014 and 2015 the Public Defender carried out monitoring of the subprogram and introduced alleged child prostitution cases to the Rapporteur.

Ms. Maud de Beau-Buquicchio noted that possible fields of all kinds of exploitation and abuse of child were tourism and the Internet, regulation of which would promote resolution of the child-related problems.

The Rapporteur thanked the Public Defender’s representatives for provision of information and noted that she would take it into view while preparing her report. For his part, the First Deputy Public Defender noted that the UN Rapporteur's visit to Georgia, as well as the resulting report and recommendations would be another incentive to strengthen the state efforts for identification of and responding to the cases of all sorts of ill-treatment of children, child trafficking, child prostitution and child pornography. 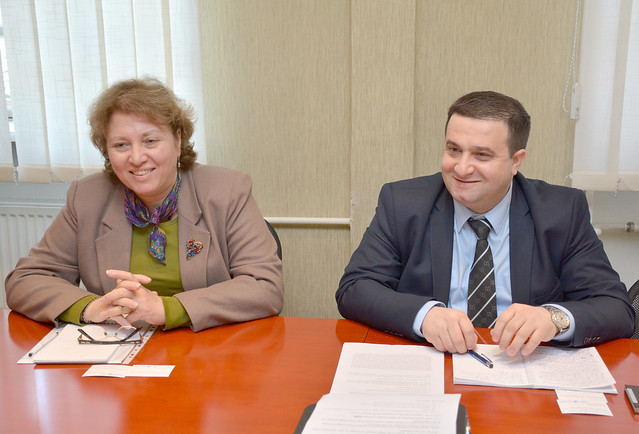