On Combating against Discrimination, Its Prevention and State of Equality

On 28 September 2015 the Public Defender of Georgia presented a special report on the combating against discrimination, its prevention and the state of equality to diplomats, media representatives, international and non-governmental organizations. The report covers the Public Defender's efforts in fight against discrimination carried out from the adoption of the law to August 2015.

The steps taken by the country in terms of combating against discrimination have been positively evaluated by the EU Ambassador to Georgia. Janos Herman spoke about the efforts of the Public Defender's Office in terms of the implementation of the law, but noted that only one institution is not able to effectively fight against discrimination and that more activity of the society is needed.

The Department is currently studying 60 out of the 111 cases; general proposals were prepared in 2 cases; a recommendation was provided for 1 case; no discrimination has been established after thorough survey of 8 cases; 13 cases were transferred to another department, since the survey of the cases showed that there might be facts of violation of human rights and not of discrimination; survey of 6 cases was suspended, since the applicants appealed to the court; 21 applications/complaints were considered inadmissible due to being ungrounded. In addition, 5 applications were filed with the Public Defender's Office requesting submission of amicus curiae briefs. 2 amicus curiae briefs were prepared and sent to the courts of Batumi and Zestaponi.

Q&A was held in the second part of the event. A number of views were expressed about measures to be taken for effective combat against discrimination.

As a result of signing the Association Agreement with the EU in 2014, Georgia undertook a commitment to gradually harmonize its legislation with the EU law, which resulted in adoption of the Law on the Elimination of All Forms of Discrimination by the Parliament of Georgia on May 2, 2014. The law granted the Public Defender the function to supervise and eliminate discrimination.

Special Report On combating discrimination its prevention and the situation of equality in the country. 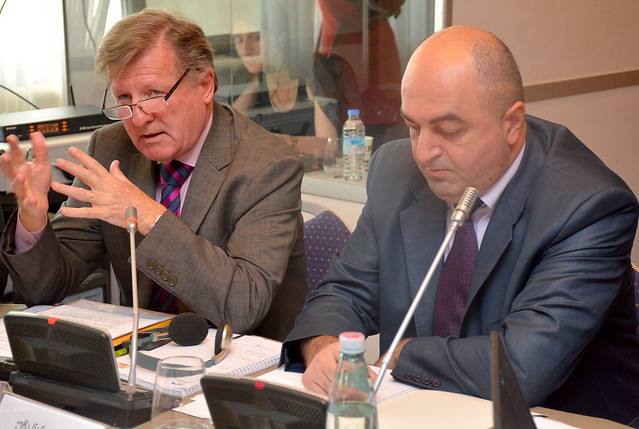