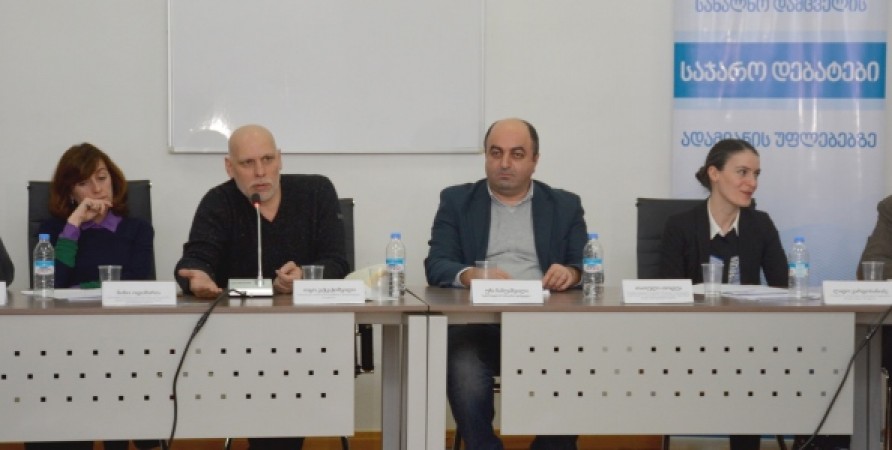 Public Debate: Homelessness - What is the Vision of the State?

On January 29, 2016, the Public Defender held another public debate on the topic: "Homelessness - What is the vision of the state?" The debate was moderated by the Tbilisi State University professor, sociologist Iago Kachkachishvili.

At the opening of the event, Public Defender Ucha Nanuashvili talked about the issue of homelessness as a systemic problem, which requires solution of a number of other issues.

Tatuli Todua, Head of the Department of Civil, Political, Economic, Social and Cultural Rights of the Public Defender's Office, generally overviewed the state obligations in relation to the issue; spoke about the lack of statistics about homeless persons, deficiencies in the legislation and insufficient efforts of responsible self-government bodies. She noted that despite the severity and urgency of the issue, the Government has not developed any action plan or strategy. The Public Defender's Office considers it important to conduct active information campaign.

Nino Odisharia, Head of the Department of Social Affairs of the Ministry of Labour, Health and Social Affairs, said that the Ministry has already developed a strategy and will present it in the near future. The strategy includes short, medium and long-term plans, where important part is dedicated to the causes of homelessness. According to her, the Government's unified efforts are needed to resolve the issue.

Gela Chiviashvili, Head of the City Office of Health and Social Service of Tbilisi City Hall, spoke about the activities carried out by the City Hall, including the shelter built for 240 beneficiaries in the Lochini Gorge.

The professor of Georgia’s Technical University, architect-urbanist Lado Vardosanidze, presented a report on the issue; discussed the international experience in the field of homelessness, types of homelessness, conceptual terminological definitions, distribution of responsibilities, and the need to strengthen the role of self-governments and to delegate it to regions for the prevention of urban hazard given the absence of a common approach of governmental institutions.

During the active debate, representatives of the Government, the City Assembly and non-governmental organizations discussed the problems of definition, the tough repressive measures against persons who have arbitrarily intruded into state facilities, terms for accommodation in shelters, training and employment of homeless persons, housing policy, etc.

The public debate, diverse in themes, is usually held on the last Friday of each month, and gives opportunity to the public, governmental agencies and non-governmental organizations to discuss the most important issues of the society. 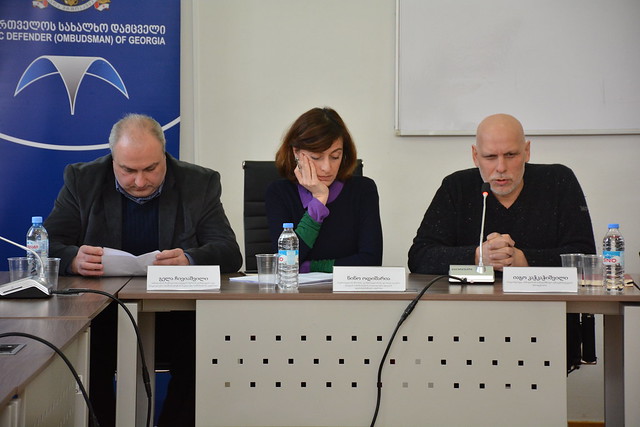