On 10 November 2015 the Public Defender attended the high-level international conference “Achieving Gender Equality - Challenges and Opportunities in the European Neighbourhood Policy (ENP) Region” and delivered a report on the issues of early marriage and violence against women.

The Public Defender spoke about the importance of the meeting and reaffirmed his strong will and readiness to take part in efforts aimed at achieving gender equality and protecting women's rights.

The Public Defender's report focused on the importance of implementation of the Council of Europe Convention on Combating and Preventing Violence against Women and Domestic Violence by Georgia and challenges of early marriage. Ucha Nanuashvili welcomed the contribution of the Ministry of Justice to the signing of the Convention and pre-ratification processes. He expressed hope that the document will be ratified in the nearest future.

The report paid particular attention to issues of early marriage. "The cases studied by us and the high figures refer to the fact that Georgia still does not have a unified state policy for preventing early marriages, while coordination between relevant state agencies is weak in this direction. It is very important all relevant agencies to take necessary measures to prevent early marriages as well as to protect and assist girls,"- said Nanuashvili.

It should be noted that the high level international conference is an opportunity for participants to realize the issues of gender equality and strengthening of women's capacities within the European Neighbourhood Policy, to respond to challenges, to exchange best practices and experience for achieving gender equality.

The international conference was organized by the Government of Georgia in cooperation with the European Union and the United Nations. 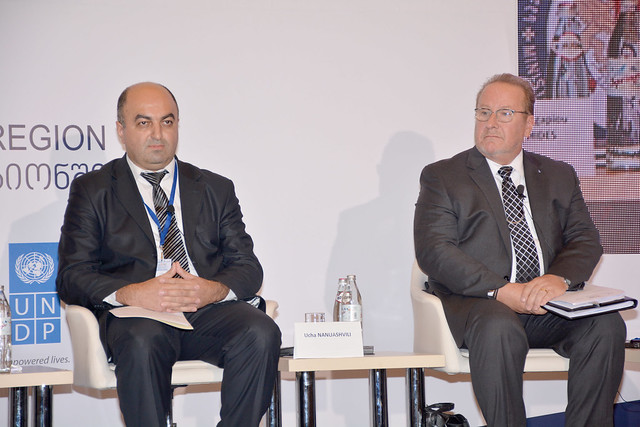