On 21 September 2015 the Public Defender hosted a screening of Lebanese director Nadine Labaki’s film - "Where do we go now?" in the Cinema House to mark the International Day of Peace.

Before the screening, the Public Defender greeted the audience and talked about the importance of protection of human rights in conflict regions as well as in countries at peace. Ucha Nanuashvili highlighted the necessity of engagement of citizens and specific public groups in conflict resolution processes. According to him, "each of us has the responsibility to contribute to prevention of conflicts and normalization of relations, since peace is both our right and obligation".

The film tells a story of women and religious leaders of different faiths, who try to prevent a growing conflict between the opposing communities in one of the villages of Lebanon.

The event was supported by the Ahuahu Foundation for Cultural Development and the National Union of Cinematographers. The film was translated into Georgian by “adjaranet.com” for this very event. 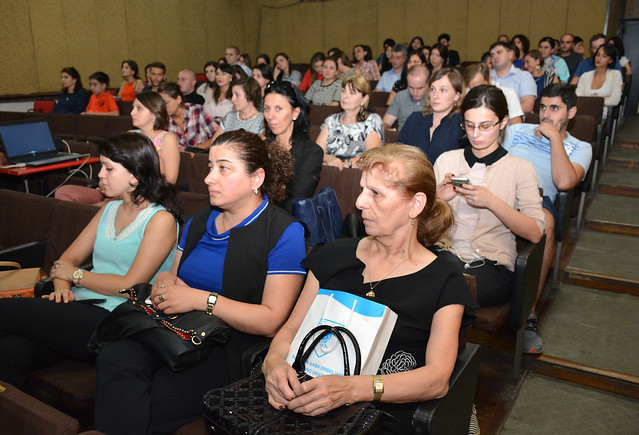