On March 12, 2016, Public Defender Ucha Nanuashvili held a meeting with several members of the parliamentary majority and minority. They once again discussed the need for creating an institutionally independent mechanism for investigation of torture, inhuman and degrading treatment committed by law enforcers.

The meeting was attended by representatives of the Open Society Georgia, which is one of the authors of the bill on an independent investigative mechanism.

The Public Defender briefed the MPs of the results of the cases studied by the Public Defender's Office and spoke about the current shortcomings in the investigation system, when it comes to the alleged ill-treatment committed by law enforcement or prison officers. Attention was focused on the shortcomings of the current law, in terms of jurisdiction of such crimes, as well as the syndrome of impunity established in practice.

The Public Defender’s special report[1] was brought as an example to illustrate the problem, which discusses the problem of impunity and ineffective investigation of cases of torture and ill-treatment. It was underlined that as early as in 2014 the Public Defender’s recommendation on creation of an independent investigative mechanism was taken into consideration by the Parliament. Nevertheless, the recommendation has not been implemented yet.

The Public Defender introduced his views on elimination of this systemic problem to the MPs. He said that creation of an independent investigative mechanism was a necessary step, which should be taken by the state in response to the existing challenge.

When summing up the meeting, readiness was expressed for continuation of working on the issue and on implementation of a specific action plan. 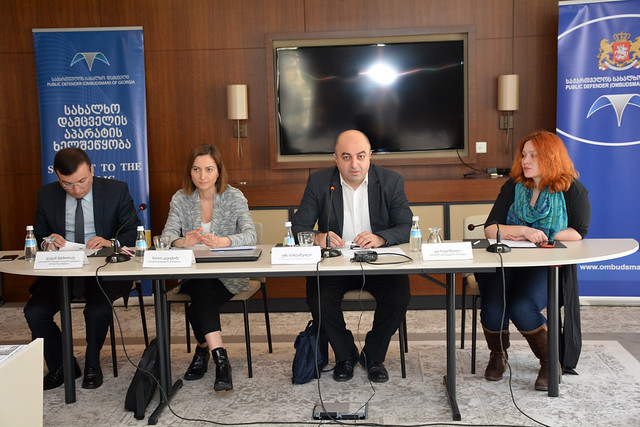