The Public Defender met with Akhmeta Governor Beka Baidauri to discuss the needs of Tusheti population on 11 September 2015.

The Public Defender’s visit to Tusheti revealed that the main problems of the region are poor infrastructure, damaged roads, shaky water and electricity supply, lack of sewage and landfill. The locals also demand appointment of regular flights and improvement of medical service.

According to the Governor, part of the problems was familiar to him, though majority of them, including rehabilitation of roads, as well as water and electricity supply, cannot be solved due to lack of finances. As for medical service, Beka Baidauri said they have recently bought a car by the assistance of donors; the car will soon be equipped with medical devices. In addition, two doctors will serve the region’s population by the assistance of the Defense Ministry.

The Public Defender underlined the lack of awareness of the local population and migration problems, which is of special importance for a border region. The sides also talked about agricultural equipments, which according to the locals, are out of order.

Individual cases were also discussed at the meeting. Among them was the dismissal of an 8-month pregnant woman and the Governor’s refusal to provide public information to a journalist.

The Public Defender continues to study the needs of the population of mountainous regions and will send recommendations to relevant agencies in the nearest future. 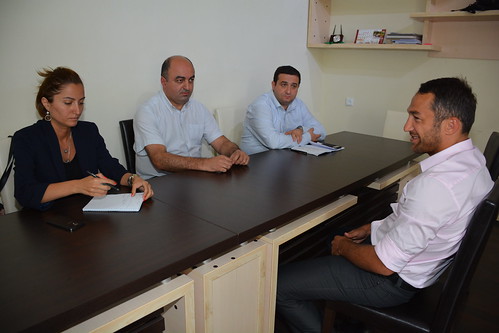