On December 17, 2015, Public Defender Ucha Nanuashvili met with former President of Albania Rexhep Meidani and representatives of the international organization Club of Madrid.

The Club of Madrid unites former presidents and prime ministers of various countries and carries out global projects aimed at strengthening democratic institutions in the states, implements educational programs for raising public awareness and sharing the accumulated experience with the leaders of various countries.

In the near future the Club of Madrid plans to carry out a project in Georgia, which will focus on more integration of ethnic minorities into society, as well as on increasing their participation and engagement in the ongoing political and economic processes. The project will be implemented in close cooperation and partnership with the Public Defender. 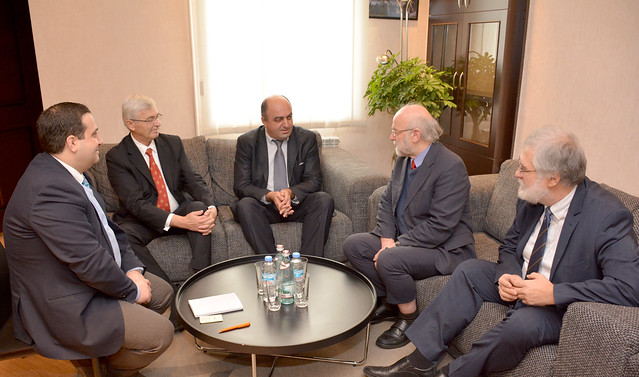