On 11 November 2015 the Public Defender met with Legal Service lawyer Giorgi Mdinaradze, which was physically abused by law enforcers in Vake-Saburtalo police station No 5 on November 8.

Giorgi Mdinaradze personally briefed the Public Defender of the details of the violence and thanked him for effective and timely reaction.

The Public Defender has called for an immediate investigation into the case. He considers that dismissal of only one person is not enough and demands prosecution of all law enforcers involved in the incident. Ucha Nanuashvili also recalled the decease of citizen Solomon Kimeridze in one of the police stations on February 27 and expressed dissatisfaction over the fact that none of the law enforcers involved in the case has been brought to justice.

According to Giorgi Mdinaradze, at 2:15 on November 8 he arrived at the police station to defend the interests of a juvenile detainee. Before the questioning, he told the investigator that the detainee wanted to use the right to silence. Police officers took the juvenile to another room to talk with him. The conversation was attended by the detainee’s father as well. After this, police officers showed aggression against the lawyer. He was taken to the police chief’s room, where about five police officers, including the police chief, verbally and physically abused him. 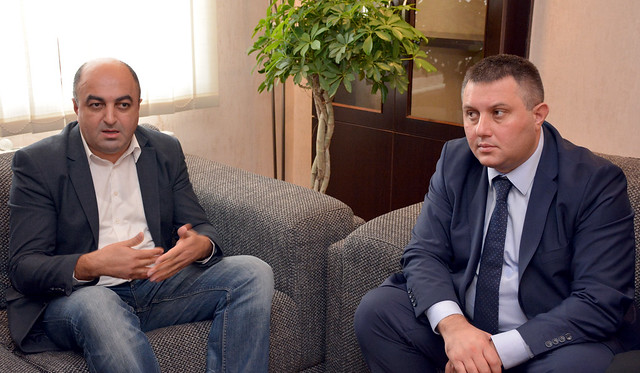