Public Defender Meets with Members of "This Affects You" Campaign

On April 13, 2016, Public Defender Ucha Nanuashvili and Deputy Public Defender Natia Katsitadze met with members of the campaign "This Affects You". At the meeting with non-governmental organizations, the Public Defender discussed three main topics: the need for creation of an independent investigative mechanism, amendments to the law on wiretapping and implementation of reforms in the State Security Service.

"We and the non-governmental sector have common approaches on many issues. We’ve jointly developed a bill on the creation of an independent investigation mechanism. Last year we addressed the Constitutional Court with the request to make amendments to the law on Electronic Communications. Members of the campaign "This Affects You" also presented their vision about implementation of reforms in the State Security Service. The aim of today's meeting was to exchange information on these issues,"- said the Public Defender after the meeting.

NGOs will submit a bill on the creation of an independent investigation mechanism to the Parliament of Georgia together with the Public Defender in the nearest future. 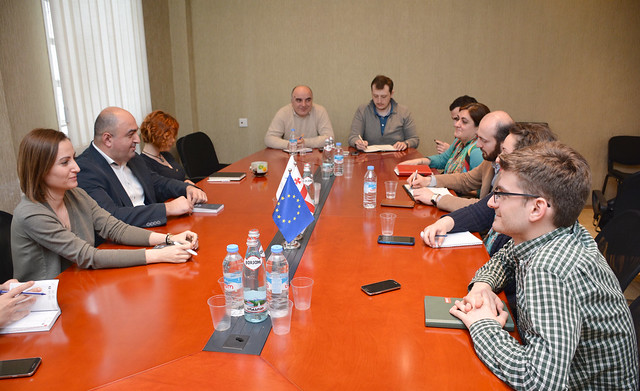