On November 17-18, 2015, Public Defender Ucha Nanuashvili met with local populations in the villages of Anaklia, Rukhi and Onaria, Samegrelo region. The meetings revealed that poor infrastructure, alleged violation of property rights and social issues are the main problems of the rural population.

The issue of property rights is particularly acute in the village of Anaklia. The majority of locals say they have not received compensation for the lands they conceded due to the infrastructure projects carried out in the village. The state agencies have not made any effective response to the violation of the property rights. Those who did not leave their houses are now facing infrastructural problems because of the resort construction. They say the land level was elevated during the construction of hotels and their houses were left in a low place, as a result of which rains flood their areas due to poor drainage system. In consequence, majority of the houses are seriously damaged. In addition, sea coast protection work is suspended, which threatens the entire village. Problems were created for fishermen as well, as they cannot get fishing permit due to complicated procedures, whereas fish trade is the only source of income for large part of the population.

People living in the border village have to cross the so-called administrative border on foot. Part of those working in the village of Rukhi has to walk kilometers from Abkhazia every day because of lack of transport. Before the war of 2008 a bus was taking passengers between the checkpoints with the support of the United Nations and it was a significant help to the local population. The length of the Enguri Bridge is 800 meters and it is damaged. The Public Defender considers that it is necessary to restore transport movement and the bridge immediately.

The local ambulatory care center and the House of Culture of Rukhi are also significantly damaged, which is one of the biggest concerns of the rural population. The damaged buildings cannot be repaired by the local government because they officially still belong to the soviet cooperatives. The problem requires timely response and solution. The public school of Rukhi, which has received a number of awards in sports and intellectual competitions, is left without sports and assembly halls. According to the school principal, the administration has no enough funds for rehabilitation of the halls because of other needs.

Ucha Nanuashvili will survey the issues of the Samegrelo villages and will provide appropriate recommendations to both local and central governments. 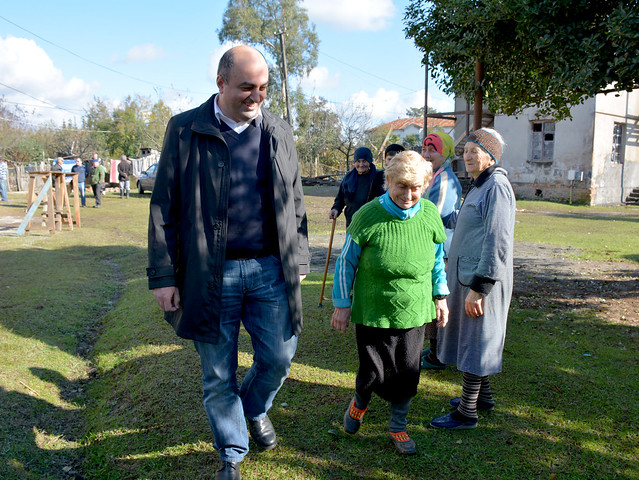