On November 17, 2015, Public Defender Ucha Nanuashvili and the representative of the Embassy of the Republic of Bulgaria, Iasen Tomov, presented results of a project carried out for raising awareness of the rule of law and access to judiciary in Samegrelo-Zemo Svaneti region to the representatives of the Zugdidi local government and non-governmental organizations.

Representatives of the Public Defender's Office held 18 meetings with the Samegrelo-Zemo Svaneti population within the project; a roundtable discussion was held with the local authorities and representatives of non-governmental organizations; trainings were held for students and journalists about important issues of human rights.

The majority of applications filed with the Public Defender's Office concern domestic violence, alleged violation of property rights, issues of victims of natural disaster, healthcare and adequate housing, as well as social and infrastructural problems in Svaneti region. The Public Defender's Office is surveying these cases and will provide relevant recommendations to the local and central governments.
The project of the Embassy of the Republic of Bulgaria provides for 6-month cooperation with the Public Defender's Office. The project, funded by the Embassy of the Republic of Bulgaria, began in May 2015 and will be completed in December 2015. 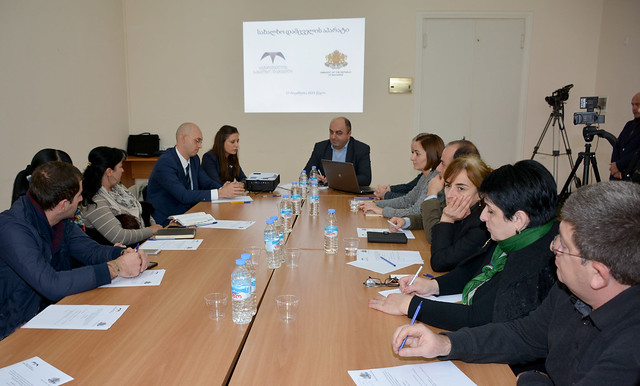