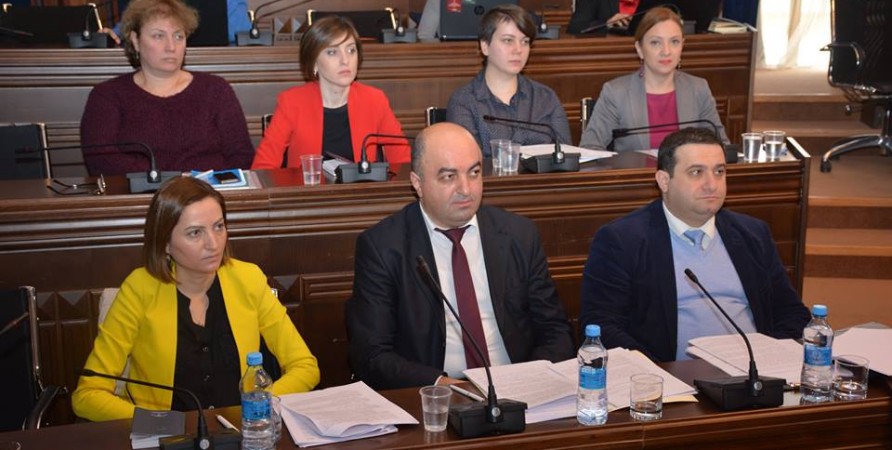 On February 12, First Deputy Minister of Corrections and Legal Assistance Tamar Khulordava presented a report on the implementation of Public Defender’s recommendations by the Ministry.

One of the recommendations of the Public Defender was the following: approval of necessary measures, including relevant trainings and instructions, for proper protection of confidentiality during conversations between prisoners and medical staff.

According to the First Deputy Minister of Corrections and Legal Assistance, conversations between medical staff and prisoners may be attended only if the medical staff requests it for security purposes; the Public Defender considers that it is important to clearly define what are the exceptional circumstances under which non-medical staff can attend the conversations, what are the real risks coming from prisoners and if there are other alternatives.

The second recommendation concerned patients’ participation in medical service process and availability of information about medical services and preventive healthcare.

According to the First Deputy Minister, the Medical Department periodically prepares and prints information brochures about standards of medical care in healthcare and penitentiary facilities in various languages.

It should be noted that preventive healthcare issues are included in the rehabilitation programs, though prisoners’ involvement in these programs are very low. The Public Defender believes it would be useful to conduct information campaigns on healthcare and healthy environment issues.

The Deputy Minister pointed out that the Ministry shared the recommendation on promotion of professional independence of medical staff, improvement of their competences and protection of the principles of medical ethics. Job descriptions were created and a long-term educational programwill be developed for the medical staff.

The Public Defender considers that in the long run the best way for ensuring professional independence of the penitentiary medical staff is their integration with the civil healthcare sector, while in the shorter run it is important to strengthen control over the protection of principles of medical ethics and ensure proper responses to the case of violation of the principles.

As for the definition of the regulatory rules for sending medications to prisoners when there is a pharmacy shop in the facility, the Deputy Minister said the Ministry was working to develop relevant regulatory rules.

The recommendation on consideration of the place of residence of the prisoner’s family when placing prisoners in penitentiary facilities was not shared; however, according to the First Deputy Minister of Corrections and Legal Assistance, prisoners’ risk assessment is now underway and will be completed by 2016, after which the place of residence of prisoners’ families will be taken into view as much as possible.

Another recommendation of the Public Defender concerned changes in the standards of food supply to mothers and their children in the penitentiary facilities and the procedures as per which children leave prison.

The Deputy Minister said that children’s food ratio had already been defined. In addition, sanitary-hygiene and food standards will be approved for children less than 3 years of age in the near future. The United Nations Children's Fund and the Ministry of Labour, Health and Social Affairs of Georgia are jointly working on the issue.

As for the improvement of the procedures under which children, placed with their mothers in prison, leave penitentiary facilities, the Deputy Minister said that the Ministry does not share the Public Defender’s position on individual establishment of age limits, however, the agency is actively trying to ensure effective realization of the existing rules. In particular, psychologists and social workers are engaged in each case; they are working on the practice of temporary withdrawal of children from the institutions, which allows children to gradually become members of the society, while mothers are able to gradually get used to their children’s departure.

The recommendation on ensuring necessary infrastructure for long-term visits and video-visits in prison, as well as the right to make phone calls and confidentiality of correspondence.

An agreement is soon to be signed with a new telephone company, which is obliged to eliminate all deficiencies in the telephone service.

According to the Deputy Minister, confidentiality of prisoners’ correspondence is protected. Sealed envelopes are opened only in the presence of prisoners and they are only visually examined, without familiarizing with its content. In addition, complaints boxes are placed in each prison and they are not supervised either visually or electronically.

According to the Public Defender, legal requirements of protection of confidentiality of correspondence are not observed in many cases. The issue was reviewed in detail in the special report of the National Preventive Mechanism on requests/complaints mechanism in the penitentiary system. Thus, it is important the Minister of Corrections and Legal Assistance to immediately take all necessary measures for eradication of the problem.

Unfortunately, the recommendation on introduction of substitute treatment for opioid-dependent individuals was not implemented; the Ministry will likely start working on the issue in 2017.

The Public Defender considers that despite the steps taken for overcoming the language barrier and access to psychological and social services for foreign prisoners, the problem is still unsolved. The Deputy Minister talked about availability of Georgian language courses for foreign prisoners, though this cannot eliminate the problem in the short run. Therefore, together with language courses, it is necessary to provide translation service for prisoners that are unable to speak Georgian. At the same time, translation service should be provided during rehabilitation activities as well, or rehabilitation modules should be prepared in foreign languages.

It is welcome that the General Inspection Department of the Ministry of Corrections has launched systemic monitoring in order to evaluate the observance of order in the facilities and fulfillment of functions by the prisons staff. 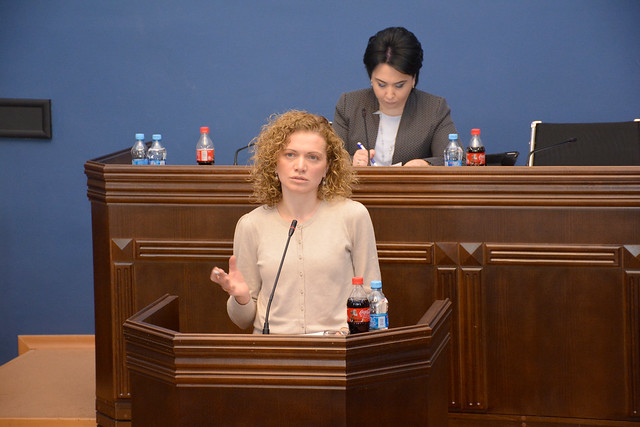