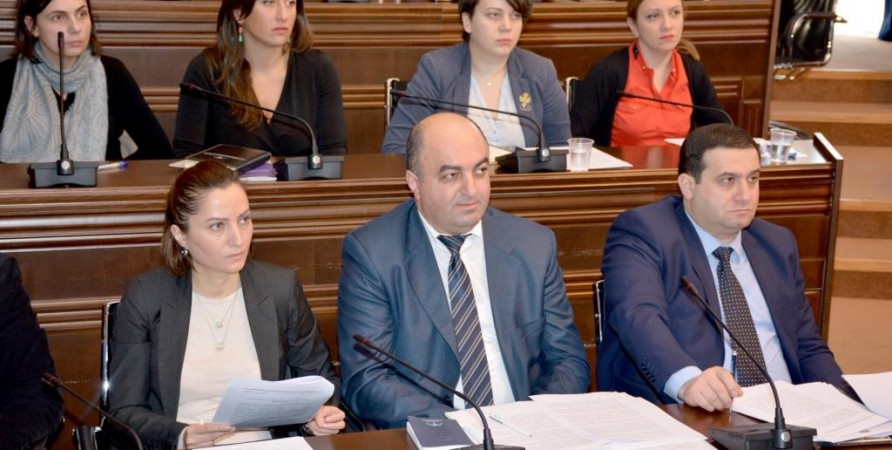 Report of Ministry of Internally Displaced Persons from the Occupied Territories, Accommodation and Refugees on Implementation of Public Defender’s Recommendations

On February 15, at the session of the Parliamentary Committee of Human Rights and Civil Integration, First Deputy Minister of Internally Displaced Persons from the Occupied Territories, Accommodation and RefugeesGrigol Giorgadzepresented a report on the implementation of Public Defender’s recommendations by the Ministry.

At this stage, together with the EU technical assistance group, the Ministry is developing a communication strategy and an action plan, one of the main goals of which is to raise awareness of IDPs and other stakeholders about the programs intended for IDPs. A series of information campaigns were planned on state programs and rights. In addition, it is planned to establish a referral system, which will ensure directing of IDPs to appropriate agencies and service providers.

Another recommendation of the Public Defender concerned granting advantage to the resettlement of refugees from the facilities that cannot be rehabilitated because of poor state and that represent threat to life and health of people living there.

The First Deputy Minister said that as per the existing regulations, advantage is given to the resettlement of refugees living in the facilities that represent threat to life and health and the process is carried out without any criteria. The condition of the facilities must be examined by relevant experts.

Upon the application of IDPs and by the order of the Ministry, Samkharauli National Bureau has evaluated 90 facilities of IDPs in the previous years. 38 out of them were closed and 684 families were moved to newly built and renovated buildings across the country.

In 2016 the Ministry plans to examine all resettlement facilities that have not been transferred to the IDPs’ ownership yet.

The third recommendation of the Public Defender concerned provision of alternative housing to the IDPs living in the private property in the shortest period, in order to protect the property rights.

Giga Giorgadze said that as per the legislation, IDPs are not evicted from their occupied residential units until they are provided with long-term housing, except for the cases when IDPs wish to get monetary or any other kind of assistance in exchange for the residential units, or to be provided by alternative housing.

In order to protect the rights of private property owners and ensure long-term housing of IDPs, the Ministry purchased 23 former resettlement facilities for 906 families across the country in 2013-2015.

The Deputy Minister also talked about the purchase of alternative residential units in newly built blocks of flats for 22 families living on Al. Kazbegi Avenue (24) and Chavchavadze Avenue (49b) in Tbilisi, by the joint funding from the Ministry and a private owner.

In addition, in order to protect the rights of private property owners, the Ministry temporarily resettled 123 families and hired flats for them in 2013-2014 upon the application of a private owner.

The Public Defender positively assessed the implementation of recommendations by the Ministry of Internally Displaced Persons from the Occupied Territories, Accommodation and Refugees. However, according to him, it is better the Ministry to offer IDPs, including those living on Chantladze Street of Tbilisi, engagement in a short-term housing program, which provides for lodgings.

It should also be noted that it is important to conduct repeated examination of the facilities which were examined in 2013-2014 and were not found dangerous for living. The need for the repeated examination is proved by the monitoring carried out by the Public Defender's representatives, which shows that condition of some facilities have been aggravated. 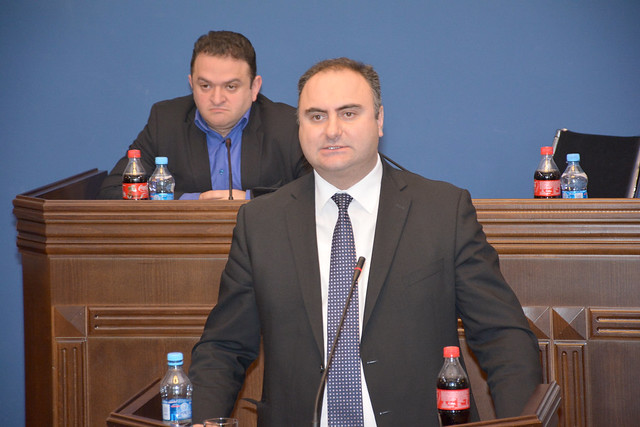