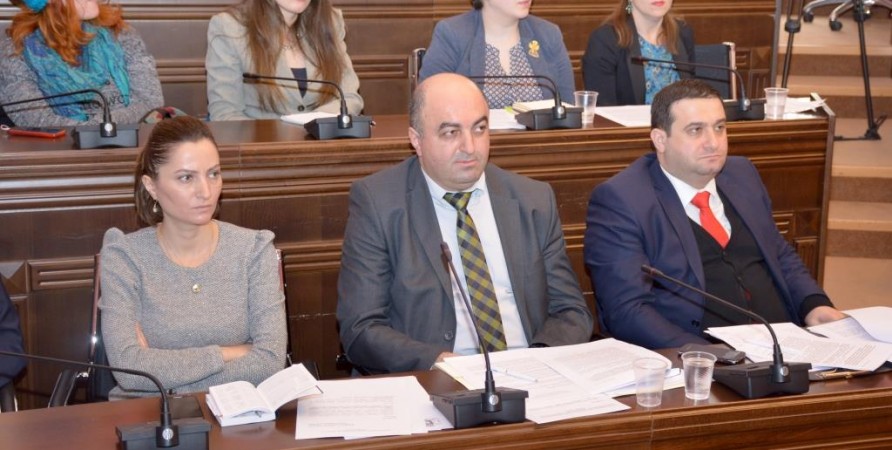 On February 11, 2016, the Parliamentary Committee of Human Rights and Civil Integration launched consideration of the implementation of recommendations approved by Parliaments’ decree of 3 July concerning the Public Defender’s report on “Situation of Human Rights and Freedoms in Georgia in 2014”.

On February 11, Deputy Minister of Internal Affairs Archil Talakvadze presented a report on implementation of Public Defender’s recommendations by the Ministry of internal Affairs. One of the recommendations concerned proper documentation of the cases of detentions and strict protection of a persons’ right to freedom and integrity during detention in accordance with the Georgian legislation.

The Deputy Minister noted that the Minister’s order of 8 August 2014 has been added to the existing legislative base, according to which, the detention documents should in detail describe, along with other data, the situation under which the detention took place, exact time and reason of the detention, exact time of bringing a detainee in a division/department, as well as the date and hour (if necessary) of placing the detainee in a temporary detention center/prison.

The second recommendation concerned improvement of methods of responding to cases of early marriage through cooperation with civil sector and competent agencies and strengthening of the role of a district inspector.

When talking about the prevention of early marriage, the Deputy Minister said that the Ministry of Internal Affairs of Georgia, together with other agencies, holds meetings with parents of school students, as well as with IDPs and familiarizes them with social guarantees and legal mechanisms against domestic violence.

In addition, a large-scale campaign is planned against domestic violence and early marriage, which envisages multidisciplinary efforts through the engagement of governmental and non-governmental organizations in compliance with a pre-designed strategy.

According to Archil Talakvadze, practical trainings/exercises are regularly held for law enforcers and the General Inspection Department pays special attention to the monitoring of responses of the employees of the Ministry to the cases of domestic violence. The trainings are guided by the Boston risk assessment document. In addition, the Academy of the Ministry of Internal Affairs permanently provides an educational course on domestic violence during basic trainings and re-trainings. The Academy held more than 2000 meetings with various representatives of the society and particularly with risk groups within the framework of an active information campaign aimed at strengthening confidence in police. From July 2015 gender equality course has been expanded in education programs.

Trainings are constantly held for law enforcers on domestic violence and investigation of gender crimes, though cooperation with international and non-governmental organizations.

The Deputy Minister gave a brief overview of the implementation of the requirements of protection and restraining orders and pointed out that police strictly registers and monitors violation and execution of the orders.

The Public Defender praised the activities carried out by the Ministry and expressed hope for improving the system, adding that the recommendation on prevention of early marriage was only partly implemented. 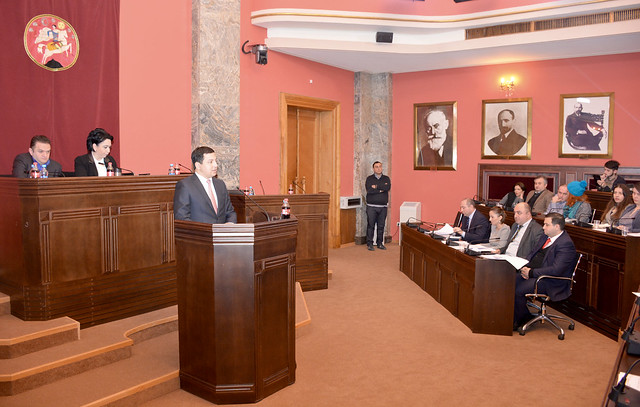