Tengiz Shergelashvili, Deputy Minister of Regional Development and Infrastructure, presented the report on the fulfillment of recommendations to local self-government bodies at the session of the Human Rights and Civil Integration Committee on February 16.

The first recommendation of the Public Defender involved detailed examination of facts significant to the case, when taking a decision about dismissing a civil servant, including based on own application, as well as the reference to the grounds for such decision in a relevant legal act.

According to the Deputy Minister, decisions about dismissing civil servants are primarily conditioned by attestation results, as for personal applications, moving to another job, health condition, or another justified reason are primarily indicated as the grounds.

Ucha Nanuashvili mentioned that in practice, the problem is much more severe, the competitions were conducted with faults; citizens who received high scores during testing and consider that their selection was not conducted objectively are still applying to the Public Defender. Respectively, the Public Defender thinks that local self-government bodies should undertake effective measures to improve transparency.

In relation to the Recommendation on offering programs and services under local self-government entity budget based on the survey of the needs of the elderly, Tengiz Shergelashvili stated that under municipality budgets the elderly are receiving various social assistance and healthcare programs. Further, they are given one-off cash assistance. In some municipalities (Tbilisi and Bolnisi) home care service is available, as well as charity houses for the elderly.

In order to improve existing services and programs or introduce new opportunities, relevant offices of local self-government bodies are continuously studying the needs and demands of the elderly.

The Public Defender does not deem the recommendation fulfilled, because of the lack of full-fledged integration of the elderly; furthermore, one-off benefit cannot be regarded as the equivalent of their integration either.

According to the Deputy Minister, special deliberative bodies were established at various municipalities, to ensure the integration and the participation in decision making of people with disabilities (PWD), including women and/or their representative organizations in the planning of programs and activities aimed at fostering equal opportunities for PWDs, in the course of drafting local self-government budgets; these bodies identify and plan programs and activities to support PWDs. Notably, PWDs are in charge of these organizations in Kutaisi, Batumi and Kaspi municipalities. Although, it is necessary to undertake additional activities, and self-governments express readiness to conduct specific effective activities.

The Public Defender deems the recommendation partially fulfilled, since, in large majority of municipalities boards have not been established yet, and where they have been established, they are operating with faults, we can conclude that the involvement of PWD’s in the process of decision-making, including in the budgeting process, is not adequate.

According to the Deputy Minister, out of 144 recommendatory letters sent by the Public Defender of Georgia in 2015, 40 self-government bodies accepted 125 letters, 3 ones were partially accepted, and 16 letters were not accepted at all – based on relevant justification.

The Public Defender thinks that the recommendation has been fulfilled only partially, since the number of regions where women are also participating in management, especially at decision-making positions, is low. Furthermore, the practice of municipalities with regard to having an advisor’s position on gender equality is not uniform.

In addition, the recommendation about facilitating participation and involvement of leader women, especially women representing ethnic minorities, in the process of self-government cannot be considered fulfilled. Especially that the description of the situation provided by municipalities in relation to the issue set forth in the recommendation is not uniform.

As for the recommendation of the Public Defender on the improvement of infrastructure, sanitary-hygiene conditions and the renewal and upgrading of teaching supplies at pre-school and general education institutions (especially in regions), despite the statistics and statement provided by the deputy Minister, that the process of improvement of conditions is continuous and very effectively, the Public Defender does not deem the recommendation fulfilled in full, since infrastructure and sanitary-hygiene situation at pre-school institutions and especially in high mountainous regions is hazardous for the health and life of children. 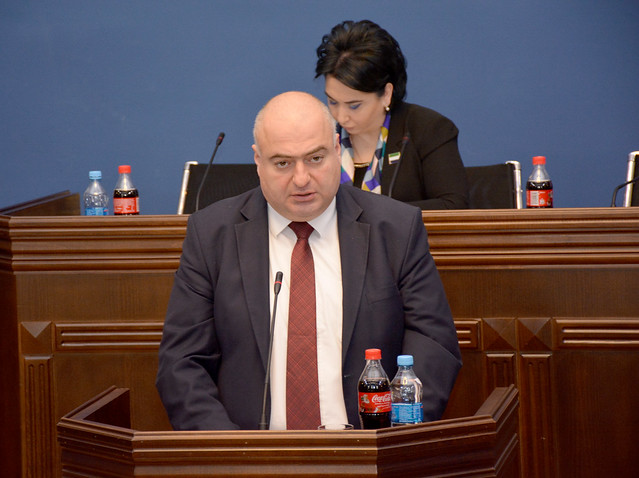