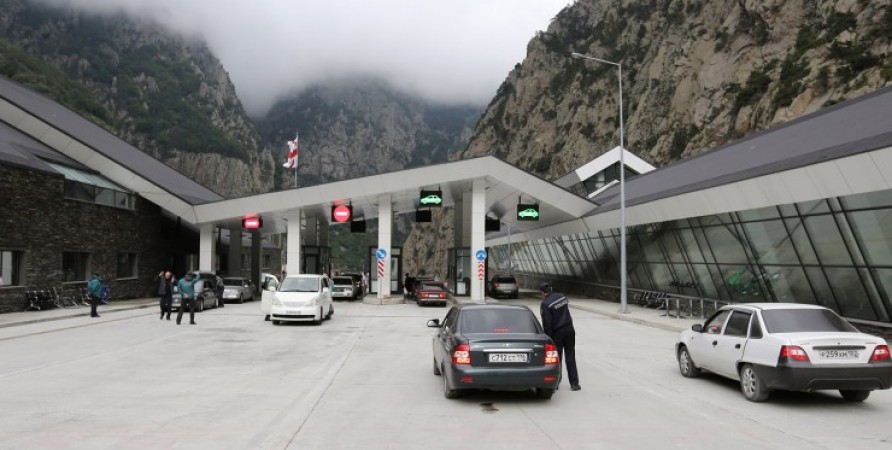 The Public Defender of Georgia has learned that a citizen, journalist and blogger of the Russian Federation, Insa Oguz, has been in poor conditions at the border checkpoint of the Dariali Border-Migration Control Department since June 13. Although the person requested international protection at the border, she was refused entry into Georgia.

A representative of the Public Defender of Georgia, who arrived at the border on June 15, was not allowed by the patrol police to visit Insa Oguz, which represents interference with the exercise of Public Defender’s powers. The representative of the Public Defender talked to Insa Oguz by phone and learned that she is currently in the duty-free area, where she does not have access to hygiene items. In addition, according to Insa, along with requesting asylum, she stated that she would be arrested and ill-treated in case she returned to the Russian Federation, although she has not been referred to the Migration Department of the Ministry of Internal Affairs of Georgia in order to launch the asylum procedure.

As for the official statement released by the Ministry of Internal Affairs of Georgia that the State has the right to restrict the entry of a foreigner into the country, it should be emphasized that each case requires individual examination and relevant substantiation, which we do not see in this particular case. The statement released by the Ministry, when referring to the guilt of Insa Oguz, relies on the information provided by Oguz herself and mass media reports. It says nothing about the fact that behind the criminal case against Insa Oguz, there might be her journalistic activity and actions against the government officials.

The Public Defender of Georgia clarifies that in the given situation it is especially important to mention the obligation of the host country to protect a person from expulsion. According to the Convention for the Protection of Human Rights and Fundamental Freedoms and the Convention against Torture and other Cruel, Inhuman or Degrading Treatment or Punishment, no State Party shall expel, return ("refouler") or extradite a person to a State where there are substantial grounds for believing that he would be in danger of being subjected to torture or serious human rights abuse. This provision is in full compliance with national law, which prohibits the expulsion of an alien to a country where his life and health are in danger.[1] In this case, the human rights situation in the Russian Federation, the individual characteristics of the person and other factors must be taken into account.

It is noteworthy that after the information was made public, one of the EU member states agreed to accept Insa Oguz on its territory. This circumstance gives the Ministry of Internal Affairs of Georgia the opportunity provided by law to expel Insa Oguz to a safe third country. In such a case, it is possible to avoid the risk of possible torture or inhuman treatment as a result of expulsion of the person to the country of her citizenship.

Today, as of June 18, Insa Oguz is still at the Dariali checkpoint without any minimum comfort. According to the information available to us, she has high temperature.

In view of all the above, the Public Defender of Georgia calls on the Ministry of Internal Affairs of Georgia to act in accordance with international standards and best practices, to give Insa Oguz access to a safe area and asylum procedure, as well as to provide her with decent living conditions at the border checkpoint and provide appropriate medical assistance immediately.

[1] Article 59, paragraph 2, sub-paragraph “c” of the Law of Georgia on the Legal Status of Aliens and Stateless Persons.