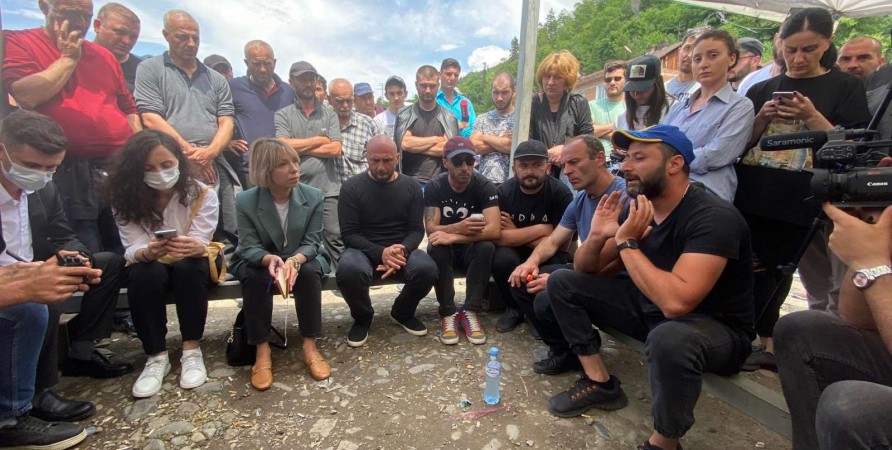 On June 9, 2022, Public Defender Nino Lomjaria arrived in Borjomi and met with the employees of two bottling factories owned by IDS Borjomi Georgia, who have gone on strike.

The strikers talked about the deteriorated terms of contract, reduced salaries, dismissed employees and cases containing signs of alleged discrimination. In particular, according to them, the company paid salaries only to those who signed new contracts, while the employees who did not accept the deteriorated working conditions cannot receive their payments for the work already performed. They also talked about the cases of pressure and intimidation. The Public Defender expressed support to the employees and promised to effectively examine the alleged discriminatory problems.

"Employment in this company is the only source of income for these people and they will remain completely penniless without their salaries. In addition, many of them are at risk of losing their houses due to failure to repay bank loans.

It is true that the dispute is going on between the employer and employees, but the problem has become so large-scale - affecting up to 400 people - that it went beyond the framework of a private legal relationship and should definitely become a subject of state dispute. The State should mediate to find the best solution and we will be actively involved in this process," the Public Defender said.