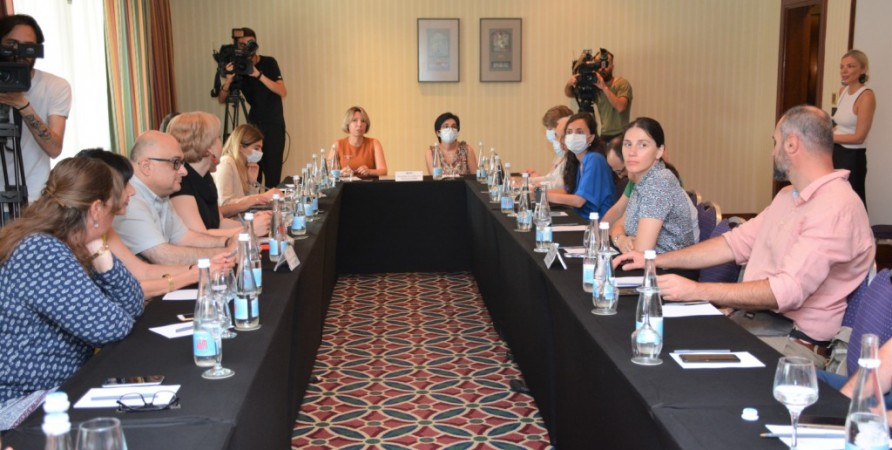 Public Defender Meets with Representatives of Culture and Dismissed Employees

On August 5, 2022, Public Defender Nino Lomjaria met with representatives of the field of culture, including persons dismissed from the agencies subordinated to the Ministry.

At the meeting, which was attended by about 30 people, the topics of discussion were systemic problems in the field of culture, cases of illegal dismissal and possible forms of involvement of the Public Defender in the process.

According to the former employees, they were mainly dismissed by referring to the grounds of incompetence, despite the fact that their qualifications had not been evaluated by competent persons. According to them, during interviews, the evaluators mostly asked questions about their political loyalty and attitudes expressed on social networks.

The meeting participants also talked about the damaging consequences that the dismissal of the qualified employees has already brought to the country in terms of cultural heritage protection, as well as the unethical attitude of the administration and the police regime established in the services.

The main problem faced by the scientific workers after their dismissal is restriction of access to scientific materials, which hinders their activities and further development of the field.

The meeting held with the Public Defender was also attended by lawyers from non-governmental organizations, who provide legal aid to the former employees. They talked about the illegal aspects of the dismissal mechanisms.

The Public Defender of Georgia carefully listened to the opinions and complaints of people participating in the meeting; She promised that the Public Defender’s Office would study the cases of the former employees within its competence and support them in the process of restoring and protecting their human rights.