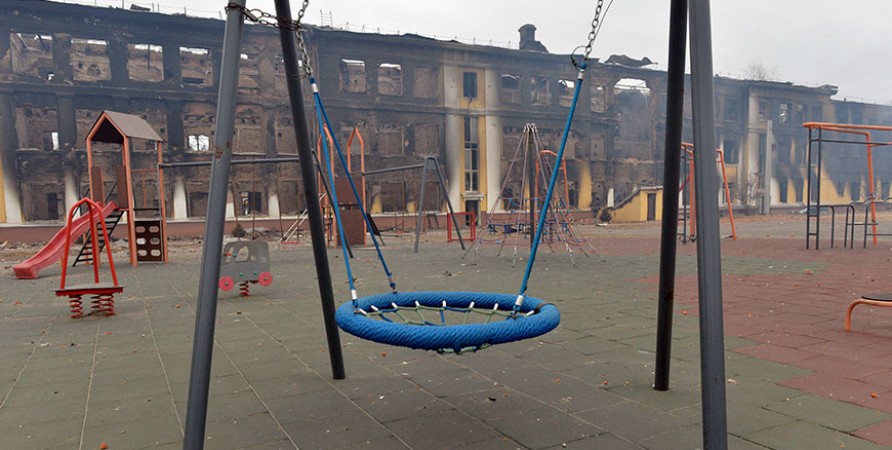 Public Defender of Georgia Calls on Government to Offer Ukraine to Place Orphaned Children Temporarily in Georgia, until Improvement in Situation in Ukraine

The Public Defender of Georgia and her entire team express their deepest regrets over the devastating hostilities in Ukraine, which have claimed the lives of many people, including children.

The Public Defender and her staff are actively receiving information, including personally from the Parliamentary Commissioner for Human Rights of Ukraine and the European Network of Ombudspersons for Children (ENOC), on the situation in Ukraine, including the situation of children's rights.

Dozens of children have been killed, injured, remained without housing or lost parents/carers and relatives as a result of hostilities. The situation is particularly difficult in terms of the safety and well-being of children in state care, including those living in large institutions.

In a state of war, children, their lives and well-being are most endangered. Therefore, the Public Defender, within the scope of her authority, will apply all mechanisms at international and national levels to ensure their maximum protection from any harm. The Public Defender also joins the call of the European Network of Ombudspersons for Children for the immediate protection of the rights of children in the wake of war in Ukraine.

In addition, the Public Defender calls on the State to take effective steps, including by offering the Ukrainian Government to bring orphaned children to Georgia and to place them in temporary care here, in their best interests, until a safe environment is established in their homeland.

For their part, the Public Defender and her team express their readiness to be involved in this process, both in terms of finding/evaluating and monitoring temporary host families, as well as in terms of participating in various volunteering activities, as needed.

View of a school destroyed as a result of fighting in the Ukrainian city of Kharkiv, located some 50 km from Ukrainian-Russian border, on February 28, 2022. © Sergey BOBOK / AFP