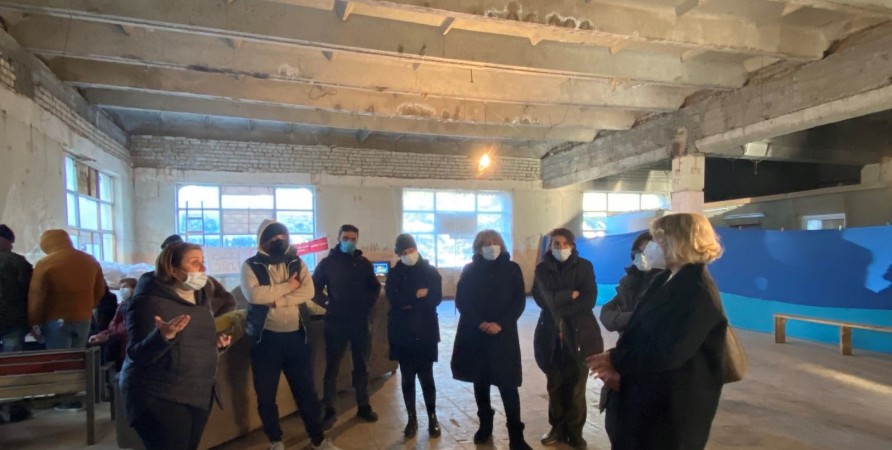 On January 17, 2022, the Public Defender of Georgia met with IDPs living in Kartli sanatorium and listened to their problems.

The Public Defender’s Office has been studying IDP issues for a long time and has issued a number of recommendations to improve their rights situation. The Public Defender’s recommendation is to first and foremost satisfy the families living in unsafe facilities. As it is known, the Kartli sanatorium is a building at risk of being ruined and there are about 90 other buildings officially at risk of being ruined, where IDPs live.

The IDPs living in Kartli told the Public Defender that they tried to accept the offer made by the State and to find suitable housing themselves, but they could not find suitable apartments within the established limits. The IDPs, while talking to the Public Defender, once again expressed their fear that in case of accepting the alternative of a rented apartment, the State might suspend the funding for the rents. The living conditions in the building are getting worse day by day, which does not allow families to wait for the construction of apartments purchased by the State Agency.

In view of the above circumstances, the Public Defender considers that since the facility is dangerous to live in, including for minors living in the building, it is important for the State to conduct result-oriented negotiations with internally displaced families, to hear about the obstacles in the process of searching for housing and their fears regarding rents, as well as to prevent risks and ensure the resettlement of IDPs in a safe place as soon as possible.

In addition, the Public Defender is ready to act as a mediator between the Ministry and IDPs, and will formally address the relevant bodies in this regard.