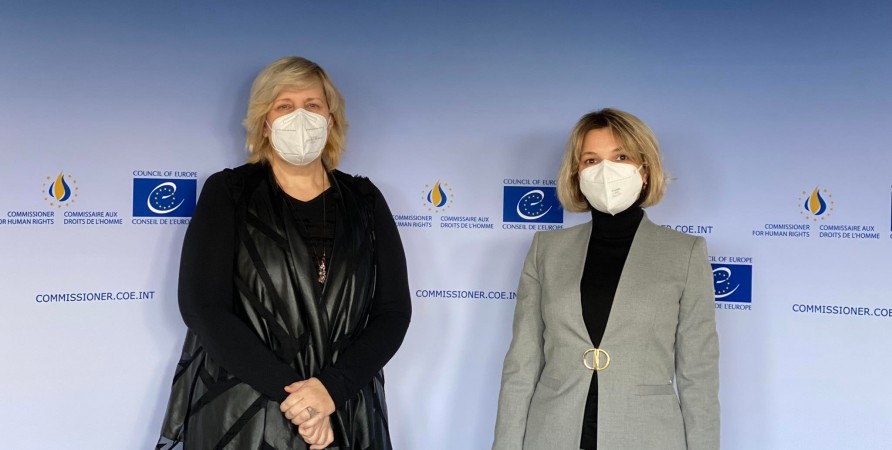 On 25 January 2022, during her official visit to Strasbourg, Nino Lomjaria, Public Defender of Georgia, met with Dunja Mijatović, Council of Europe Commissioner for Human Rights.

The Public Defender briefed the Human Rights Commissioner on the human rights situation in Georgia. Media environment, situation of equality and the need for monitoring human rights in the occupied territories were also topics of discussion.

Nino Lomjaria stressed the importance of the Commissioner’s support to human rights defenders and media representatives, who have been particularly pressured and attacked in recent years.

Talks also focused on the abolition of the State Inspector’s institution. The Public Defender informed the Council of Europe Commissioner of the constitutional complaint filed by her to request the declaration of the legislative changes adopted by the Parliament of Georgia on December 30, 2021 as unconstitutional.