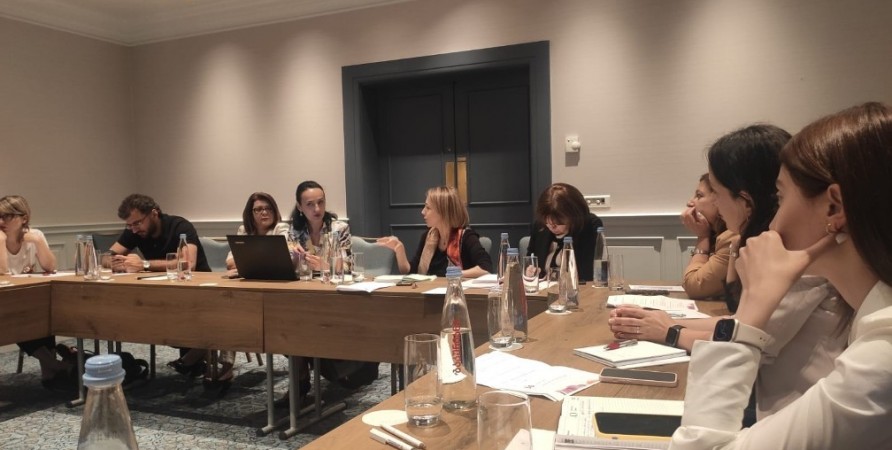 On June 28, 2022, employees of the Gender Department of the Public Defender’s Office met with representatives of the Office of the Human Rights Defender (Ombudsman), the Ministry of Labour and Social Affairs, the Ministry of Justice and the National Statistics Committee of the Republic of Armenia during their study visit to Georgia.

The purpose of the meeting held within the framework of the project "EU for Gender Equality: Reforms Technical Group" was to share experience relating to the ratification and implementation of the CouncilofEurope Conventionon preventing and combatingviolence against womenanddomestic violence (Istanbul Convention) by Georgia.

The Acting Head of the Gender Department of the Public Defender's Office, Sofia Rusetski, introduced the specifics of the Department's work and thematic directions to the guests. She also spoke about the challenges and achievements in the field of violence against women and domestic violence, including the issue of early marriage. Ana Lobzhanidze, the chief specialist at the Gender Department, spoke about the activities carried out by the Public Defender’s Office in the direction of raising awareness of the population, as well as the femicide monitoring mechanism.

The meeting was held in active discussion mode. Members of the Armenian delegation received information on all issues important to them.