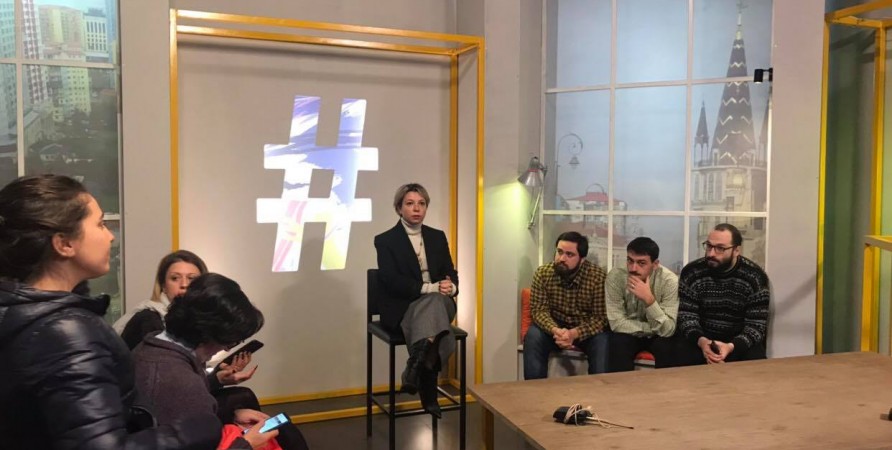 On 5 December 2019, Public Defender Nino Lomjaria met with the journalists of the Adjara Public Broadcaster, who have critical attitude towards the Broadcaster’s leadership. The journalists spoke about certain cases, which suggested that critical broadcasting and editorial independence were at stake.

The Public Defender stated that she fully supported the policy of non-interference with the activities of journalists and editorial independence, and that she would closely watch the developments.

"Interference in the work of journalists, especially through the methods and forms I was informed of, is unacceptable and these developments create an unhealthy environment at the Broadcaster," Nino Lomjaria said after the meeting.

After meeting with the Director of the Broadcaster, Giorgi Kokhreidze, the Public Defender said that the conflict created difficulties for both parties and she advised Giorgi Kokhreidze to refrain from giving instructions to journalists or making comments on them as much as possible and to focus on the management and organizational issues instead. She also considers it appropriate that an auditor be invited and the financial audit of the organization by carried out with the involvement of experts.

The Public Defender is ready to actively engage in the process of rebuilding trust and resuming dialogue. The Charter of Journalistic Ethics, media organizations and experts will be involved in the examination of the ongoing conflict at the Adjara Public Broadcaster in order to ease the situation.