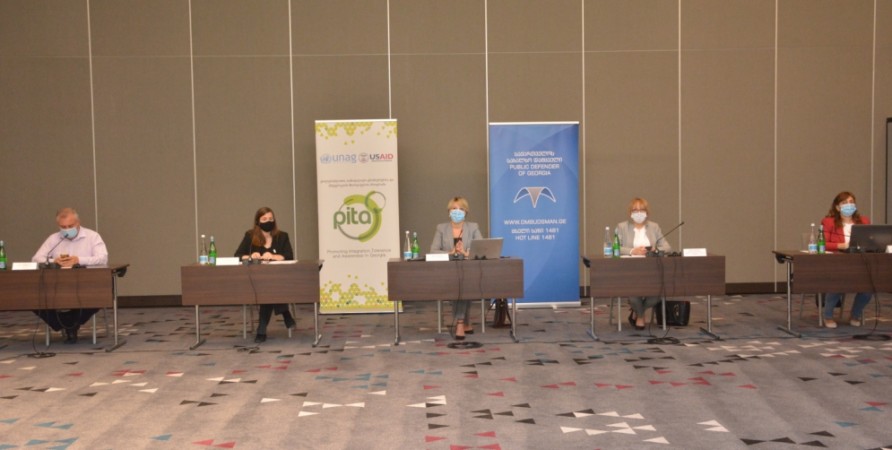 The recommendations of the Council of National Minorities cover the following issues:

Nino Lomjaria, Public Defender of Georgia, noted in her welcoming speech that the protection of the rights of national minorities and promotion of civil integration are one of the priorities of the Office and are regularly reflected in the parliamentary reports.

"Unfortunately, some of the recommendations presented today by the Council of National Minorities of the Public Defender of Georgia remain non-implemented for years. There are issues that take a long time to be resolved, but it was quite possible to ensure the active and real participation of national minorities in the decision-making process in a short period of time, as well as to develop and introduce textbooks and solve many other problems.

The discriminatory environment in the society, which hinders the integration process, needs to be emphasized. Aggression has particularly increased during the pandemic and negative attitudes towards national minorities have become even more common on social media.

Of course, we have some success as well, for example, in terms of teaching the official language, as well as the so-called 1 + 4 system. But, this progress is often either delayed or very small. The same can be said about the accessibility of the media.

The rights situation of national minorities, challenges they face and recommendations aimed at eliminating the challenges were presented by the members of the Council of National Minorities: Mari Arakelova and Naira Bepieva spoke about education; issues of culture were reviewed by Eugenia Cotanidi; Agit Mirzoev discussed socio-economic and political integration; Zaur Khalilov spoke about access to the media and information; women's rights and gender equality were reviewed by Lily Safarova; Giorgi Tumasyan spoke about the challenges of the new generation.

The event was organized by the Tolerance Center of the Public Defender and was supported by the Promoting Integration, Tolerance and Awareness (PITA) Programme, which is being carried out by the UN Association of Georgia (UNAG) with the financial support of the US Agency for International Development (USAID).