The Public Defender Report on Situation Regarding Legal Rights of Children

On July 3, 2015, the Public Defender of Georgia reviewed the Parliamentary Report for 2014 on the situation in legal rights of children and presented results of monitoring of Small Group Homes.

The Children’s rights chapter of the Public Defender Parliamentary Report includes issues such as violence against minors, and other types of ill-treatment, realization of the right to healthcare, children poverty and inadequate level of life, infant mortality, legal rights of beneficiaries of sub-programme of provision of children living in mountainous regions of Georgia, pupils of pre-school educational institutions and homeless children with shelter. Especially alarming is a percentage indicator of facts of violence against children in pre-school education institutions. In institutions, monitoring of which was conducted by the Centre of the Child’s Rights of the Public Defender psychological violence was carried out towards 70 % of the pupils while physical violence was used towards 40 %.

Infant mortality rate is still high. In 2014, 635 children under 5 died. The above-mentioned indicator is 9,7 per 1000 newborns which is a significant decrease compared to the previous years (2012 – 13,9, 2013 – 13,5) and it is the lowest figure in the Caucasus . Though, despite clear progress, in accordance to the World Bank, the minor mortality rate in Georgia as compared to the world date still remains high.

A special report prepared on monitoring of small group homes (SGH) by the Centre of the child’s Rights and the National Preventive Mechanism reviews compliance of legal rights of beneficiaries with state child care standards. By the results of the monitoring, problems identified in this area is linked to raising of teachers’ qualification, inclusivity of service, individual approach towards a child and their preparation for an independent life, issues of violence against children and psychological/psychiatric service.

The meetings was attended by representative of the UN Children’s Fund and “Open Society - Georgia”, also, Ministry f Labour, health and Social Affairs, municipal assembly body of Tbilisi, Chef Prosecution of Georgia and representatives of non-governmental organizations, experts invited by the Special Preventive Group of the Public Defender . 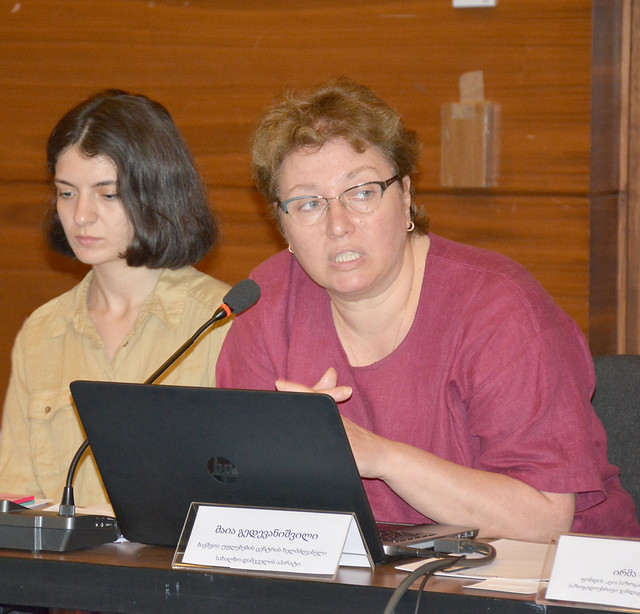