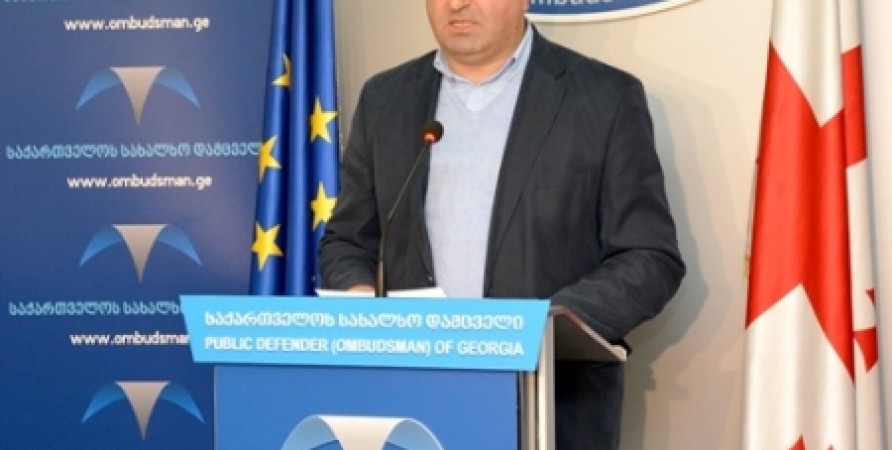 The Public Defender recalls on the tragedy of 6 July 2015, on B. Kvernadze str. # 10. Four construction workers died as a result of the collapse of the ceiling during the reconstruction works of the building on the above-mentioned address. Public Defender expresses his condolence towards the families of the victims. It is unfortunate that the government failed to combat this tragedy.

According to the available information, the investigation has already been launched on this fact under the Article 240 of the Criminal Code (violation of the safety rules during mining, construction or other types of works). We believe that the issue of legality of issuing the construction permit, compliance with the permit and the state supervision on construction site shall be the subject to scrutiny.

For the last few years the Public Defender has been reiterating the acuteness of the issue of absence of labor inspection in the country and emphasized the necessity of introducing it. Unfortunately, this recommendation has not been implemented by the government. Therefore, the state failed to create the mechanism of labor safety supervision and cannot provide at least minimal legal regulations in this area. In accordance with the standards recognized by the International Labor Organization, the State has a positive obligation to create an effective tool which will prevent fatal accidents in the workplace, while in Georgia the only mechanism of responding to similar cases is the criminal investigation. This, of course, is not sufficient.

This year, the public has heard about the death and injury of a number of workers during a variety of works, including the construction activities. In such cases, as a rule, the investigation starts in a timely manner, but the public is not sufficiently informed about its outcomes. With this in mind, only the start of the investigation is not sufficient to provide a strict warning signal for the construction and other types of companies carrying out similar works, which would oblige them to provide safety measures and protect them more strictly and with higher responsibility.

Ombudsman calls on the law enforcement agencies to thoroughly, promptly and effectively investigate the causes of the tragic incidents, including the issue of compliance with the law on construction works and its supervision. Furthermore, it is important to periodically inform the public on the results of the investigation with regard to the violation of safety rules and the final judgement. Herewith, we once again urge the Government to set up an effective mechanism for the inspection of labor conditions and to provide safe working environment for all employed persons.