Training was held in the technique of writing for the members of the Special Preventive Group within the framework of a joint programme of the European Union and the Council of Europe "Human rights in prisons and other closed institutions". The training aimed at increasing the National Preventive Mechanism effectiveness through improving the reporting skills.

Part of the training, led by psychologists Ana Gagua and Ana Gabiskiria, was dedicated to the characteristics of writing a report, as a form of communication; types and standard structure of reports were also reviewed. International standards for the prevention of torture were presented in the second part of the training, led by member of the UN Subcommittee on Prevention of Torture Arman Danielyan. Discussion was held about reporting issues and organizational aspects of the monitoring carried out by the Special Preventive Group in closed institutions. A number of practical exercises were also done. 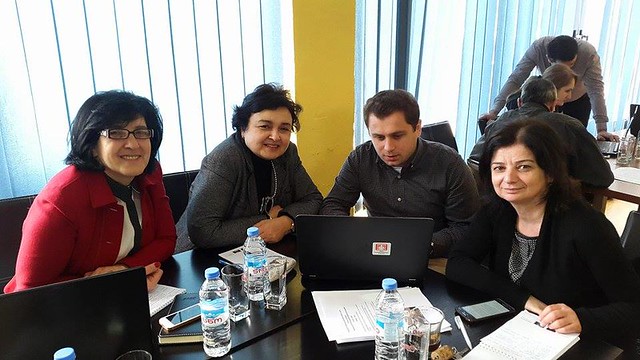