Training of Academy of Human Rights for Journalists

From February 29 to March 4, 2016, the Public Defender’s Academy of Human Rights held training for about 20 beginning journalists from Tbilisi and regional media outlets on the theme: "Reporting on gender issues and ethics in journalism."

Participants were welcomed by Deputy Public Defender Paata Beltadze. He talked about the important role of the media in gender inequality and elimination of discrimination. In addition, he emphasized the role of the regional media in raising public awareness and development of the idea of ​​equality.

The program was loaded both with theoretical and practical training elements. The course was aimed at raising awareness on the main issues of women's rights and gender equality. During the course, participants were introduced to the standards of reporting on gender sensitive issues in local and international practices. Participants also deepened their knowledge in gender equality and women's rights.

The training was led by local expert Zviad Koridze, international expert Monica Elena and representative of Public Defender's Office Ekaterine Skhiladze. After completing the course the participants were awarded certificates.

The training was held for the first time within the framework of the project “Support to
Public Defender’s Academy of Human Rights” that is funded by the Norwegian Foreign Ministry. Within the project nine more trainings will be held by the end of the year. All trainings are aimed at developing knowledge, as well as analytical and research skills of target groups. 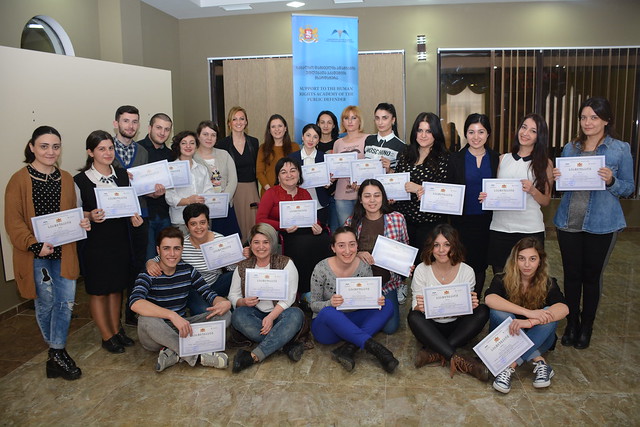