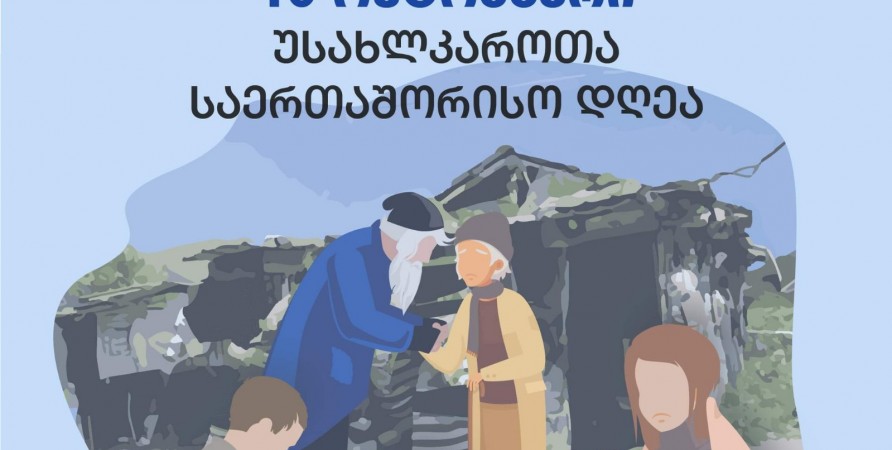 World Homeless Day is marked on October 10, which aims to focus on the needs of one of the most vulnerable and socially disadvantaged groups and to promote access to adequate housing. According to the UN Committee on Social, Economic and Cultural Rights, the right to housing should not be interpreted in a narrow or restrictive sense which equates it with, for example, the shelter provided by merely having a roof over one’s head. Rather it should be seen as the right to live somewhere in security, peace and dignity. [1]

Unfortunately, the situation in Georgia is still difficult in terms of the realization of the right to adequate housing. The State does not have a government strategy or relevant action plan for the homeless, proper legislative definition of a homeless person, or the framework legislation necessary for the realization of the right to adequate housing. According to the Public Defender, the municipal criteria for assessing a person as a homeless are unconstitutional, which is why the Public Defender again applied to the Constitutional Court of Georgia this year.[2] The causes of homelessness have also not been studied in the country and to date there is no unified database of homeless people.

In addition, the measures taken by the local authorities to respond to the needs of the homeless are inadequate and inconsistent with the scale of the existing challenges. The funds mobilized in the municipality budgets, which, in most cases, are intended to cover rentals, are insufficient and cannot fully reach all the groups of homeless people, while in some places such targeted programmes do not exist at all.

Homeless people have found themselves in an even more difficult situation during the pandemic. The current situation has created the need for the Government to take complex and universal support measures in relation to various groups of homeless people. Unfortunately, the Georgian Government limited itself to a moratorium on forced evictions until the end of the pandemic,[3] which is certainly not enough given the dire rights situation of homeless persons in the country and failed to respond to the universal recommendations made by the UN Special Rapporteur on the right to adequate housing.[4]

It is necessary for the authorities to thoroughly analyze the challenges of the homeless in the country in the near future and to take complex and systemic measures to ensure the gradual and irreversible elimination of homelessness in the country.

[1] General Comment No. 4 of the Committee on Social, Economic and Cultural Rights, 1991, paragraph 7.