On December 16, 2015, the Public Defender of Georgia awarded the winners of the competition "The role of internally displaced persons in the confidence building between the divided communities”. The winners were awarded certificates and prizes.

The competition was aimed at increasing students’ interest in the topic of peaceful resolution of conflicts and internal displacement, which presents a significant issue for our society since the start of the displacement.

The Public Defender, one of the priorities of which is to survey the state of human rights of IDPs, plans to conduct similar events in the future too.

The competition was organized within the framework of the project "Support to the Public Defender's Office to enhance its capacities to address the situation of IDPs" funded by the British Embassy to Georgia. 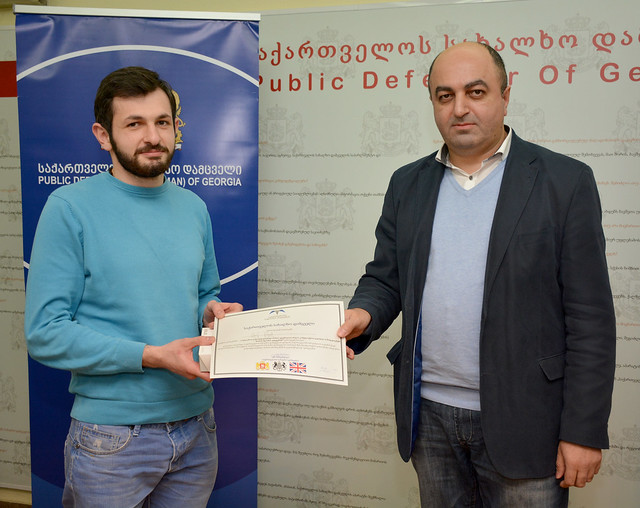