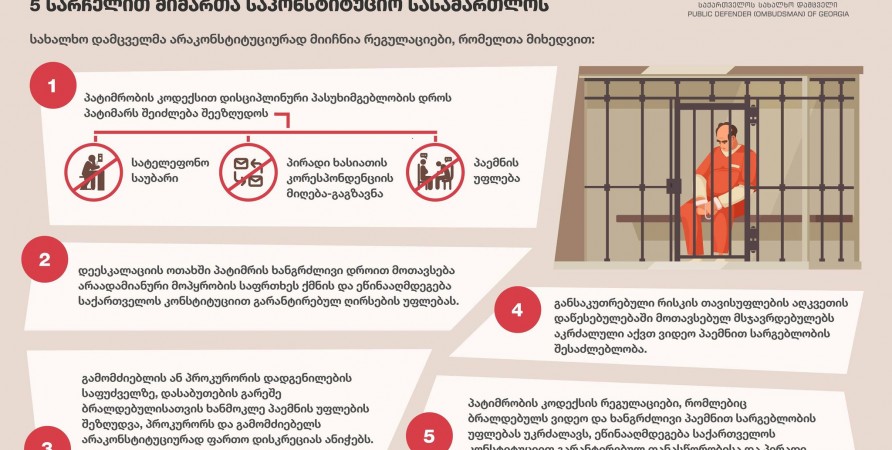 We hope that the Constitutional Court of Georgia will grant the claims of the Public Defender of Georgia and thus ensure the improvement of the rights situation of prisoners.

In addition, we’d like to note that in response to the review of a constitutional complaint filed by the Public Defender a few years ago, the Minister of Justice made changes and lifted restrictions that banned prisoners from keeping more than 100 sheets of official documents in their cell.