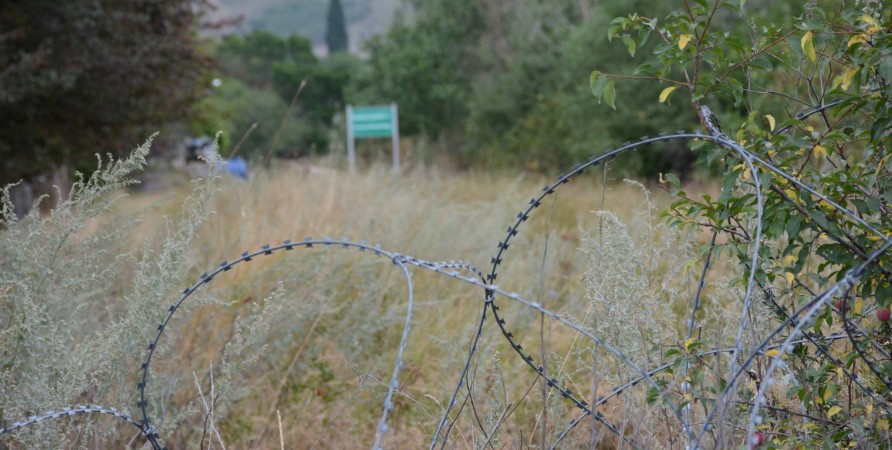 For 13 years now, the consequences of the August 2008 war has had devastating effects on people living along the occupation line and in the occupied territories. Illegal detention and fining of people by the border guards of the Russian Federation continues. From 2009 to 2020, the occupation regime illegally detained 3,204 people for illegally crossing the so-called border.[1] Of these, 1,314 were detained in occupied Abkhazia and 1,890 – in occupied Tskhinvali. The launch of criminal proceedings against illegally detained persons, as well as their long imprisonment, has become more frequent in recent years.[2] There have also been cases of beating and ill-treatment of the detainees.

Freedom of movement has been deteriorating from year to year in both occupied regions. The formal regime established by the de facto authorities for movement across the occupation line and various barriers, such as the unpredictable closure of the so-called checkpoints, restricts the freedom of movement of residents of the occupied regions and creates unjustified obstacles to their access to livelihoods. Due to the imposed restrictions, residents of the occupied territories try to get to the Tbilisi-controlled territory through various bypasses at the cost of their own lives. The difficult rights situation and humanitarian crisis in occupied Akhalgori are especially noteworthy. The deaths of people as a result of the arbitrary closure of the so-called checkpoint have clearly demonstrated the deplorable low quality of medical care and the vital importance of free movement.

Under severe humanitarian conditions and artificial isolation, the population living in the occupied regions have found themselves in a particular danger during the pandemic. As of August 2, 2021, the number of confirmed cases of Covid-19 increased to 22,227 in occupied Abkhazia and to 4,215 in occupied Tskhinvali. Although the Georgian authorities, from the very first days of the spread of coronavirus, expressed their full readiness to help the people living in the occupied territories, the position of the de facto authorities on receiving this assistance turned out to be different. As soon as the pandemic started, the de facto Government of Abkhazia expressed its interest in receiving material assistance (medical equipment) from Georgia through international organizations, while the Tskhinvali regime still categorically refuses to receive any kind of assistance from the Tbilisi-controlled territory. The Public Defender’s survey of the Gali population reveals that citizens are skeptical about the vaccination process and have no enough information about the safety of the Covid-19 vaccine.

The Public Defender calls on the Georgian authorities, with the assistance and involvement of the international community, to take effective steps to raise awareness of Covid-19 in the occupied territories, which will enable them to make informed choices and will accelerate the vaccination process.

The dire human rights situation is particularly troubling in the light of the fact that international human rights organizations have no access to the occupied territories.

The Public Defender of Georgia calls on the Georgian authorities, with the assistance and involvement of the international community, to use all possible mechanisms to protect the rights of people living in the occupied territories.