He noted that last year the foundation was laid for conduction of regular meetings with the diplomatic corps and representatives of international organizations. Georgia was elected as a member of the UN Human Rights Council at the UN General Assembly plenary session; rules of juvenile marriage were changed at the legislative level.

Also, he briefly overviewed some significant events of January, including the legislative initiative on the expansion of the powers of the Constitutional Court, which allows detection and correction of flaws in justice.

In the bulletin you will be able to find the recommendations and proposals that were sent by the Public Defender's Office to the state agencies, including: to the Parliament of Georgia on regulation of noise at the legislative level, according to international standards; to the Minister of Corrections on restoration of violated labor rights; to the Ministry of Internal Affairs with regard to the shortcomings in the General Inspection Department; to the High Council of Justice on elimination of delays in the consideration of civil and administrative cases by the Tbilisi City Court.

A separate chapter is dedicated to the Public Defender's statements on the special events ongoing in the country: media coverage of the facts of suicides among children and their ethical and legal norms; the assault on Tabula TV journalists.

The document provides information about the competition "Me –Ombudsman”, successful individual cases, meetings and events of the Public Defender’s Office, and important international stories of human rights; a very important event took place in January when the International Criminal Court authorized Prosecutor Fatou Bensouda to conduct an investigation into the crimes committed in the period of the August war (2008) in Georgia.

You can find more detailed information about the activities of the Public Defender’s Office and generally about the protection of human rights in Georgia in the bulletin. 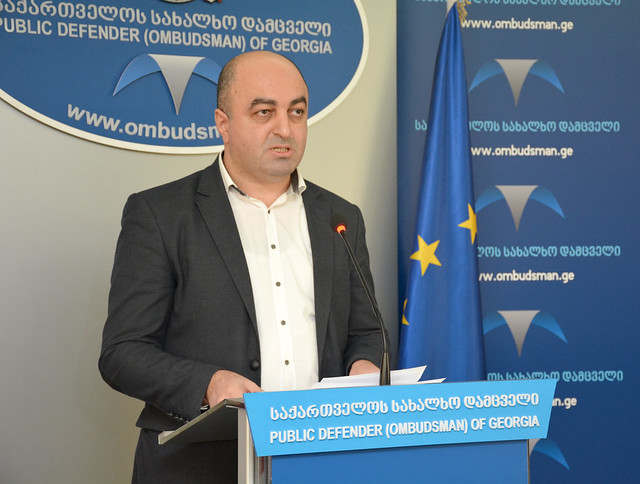