On May 20, 2016, the Public Defender introduced the second information bulletinon the rights of conflict-affected population to the participants of the Ossetian forum.

The document contains information about the Public Defender’s meetings, reports, recommendations, proposals and successful cases of 2015; in addition, it reflects the activities of the Ossetian forum and the Public Defender’s educational and confidence-building efforts. The bulletin also offers an interview with expert Jorgen Johansson, who talks about the relationship between human rights and conflicts.

The Public Defender's Office pays special attention to the study and protection of the rights of conflict-affected communities and individuals living in the conflict areas.

In 2015 some new state services were launched for individuals living in Georgia's breakaway territories. However, access to medical and social services remained unequal for them.

In 2015 the Public Defender presented a special report - "Migration of Ossetian Community Living in Georgia and Citizenship Related Problems." The report was based on the research carried out in 2014, the purpose of which was to study the human rights violations committed during the 1991-1993 armed conflicts and ethnic tensions, and to develop necessary recommendations for restoration of the rights.

In 2015 the Public Defender dedicated a special report to the problem of the right to education in the Gali district. The report "The Right to Education in the Gali district: New Developments and Related Problems in the 2015-2016 Academic Year" describes in detail the restrictions on the right to get education in the mother tongue, limited access to education, cases of discrimination and violence against children committed since 1995 and relevant legal assessments. The report also provides measures that must be taken to protect the rights of local residents.

During 2015 the Public Defender had been actively monitoring the rights of the population affected by the conflict, both near the dividing line and in the communities on the territories of Abkhazia and so-called South Ossetia; a series of meetings were held with local population, civil society, local and central government officials. 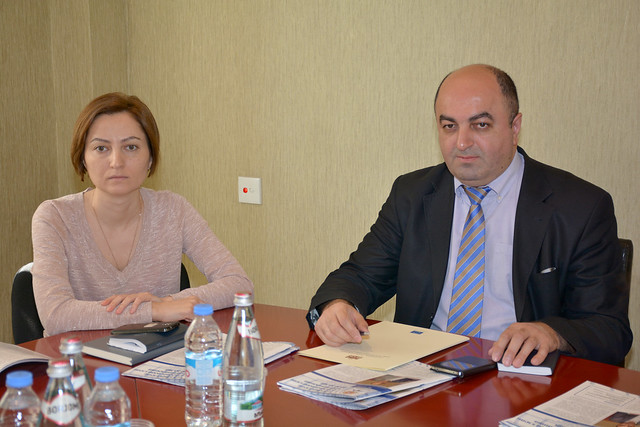