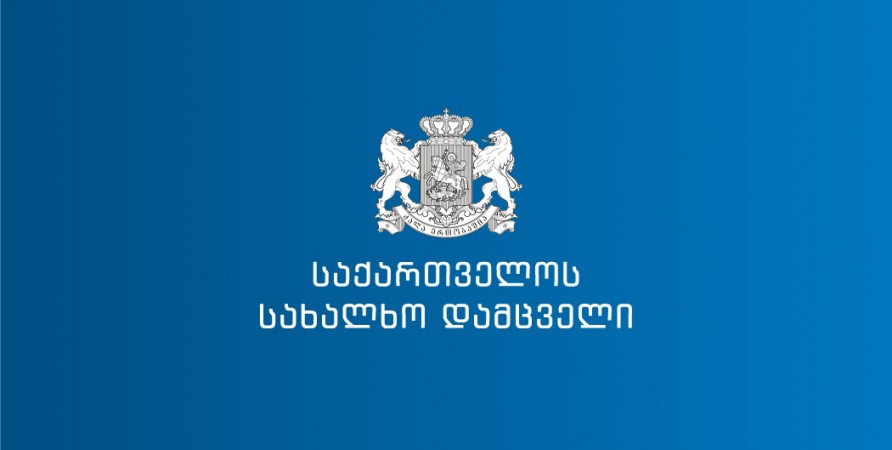 Statement on the early marriages

An early marriage among the girls still remains to be an existing practice in Georgia, expressed in the forms of kidnapping with an aim of marriage and agreements between parents. A number of recommendations concerning the prevention of early marriage have been included in the parliamentary report of the public defender in 2012. However, no appropriate steps had been taken so far to tackle this problem.

Latest developments have clearly demonstrated the existence of this problem. A suicide of a girl residing in a village of Karajala of Telavi district was committed to avoid unwanted early marriage. The situation in this regard is alarming and the whole society should realize the grievousness of this issue and feel the responsibilities related to the early marriages of dozens of young girls and violence against them.

I urge all relevant bodies to undertake all necessary measures and use all legitimate means in their disposal in order to prevent early marriages and assist the young girls. It is vital that the professionals, teachers, social workers, psychologists and the representatives of law enforcement agencies realize their role and responsibilities.

In the course of studying this matter, it has been revealed that the involvement of competent bodies in the facts of early marriages is obscure and the rate of affective response to such cases extremely low. We have identified a considerable number of the cases when young girls do not even know whom to apply in cases they are subjected to pressure.

It is important to reinforce the activities aimed at increasing awareness of the teachers, parents and law enforcement bodies about the causes of mentioned issue and the present legal regulations in the country.