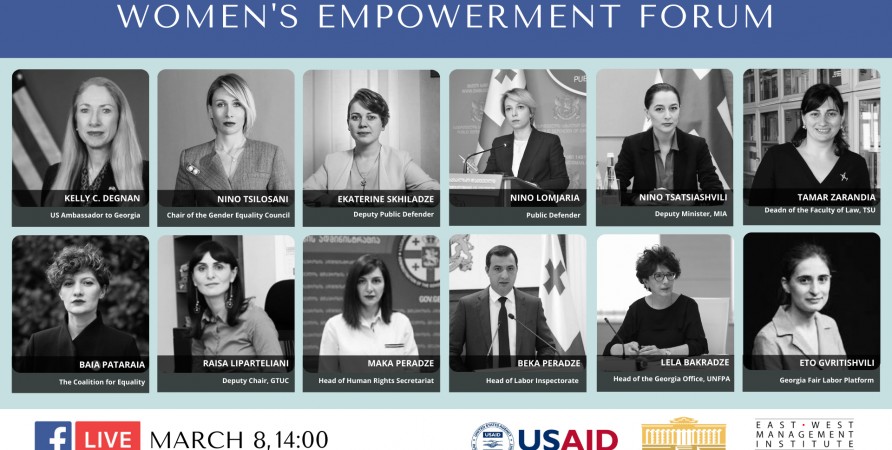 On March 8, 2021, Nino Lomjaria, Public Defender of Georgia, participated in the Women's Empowerment Forum organized by USAID/PROLoG in cooperation with the Gender Equality Council of the Parliament of Georgia.

At the first session of the forum, the theme of which was "Fight against Discrimination", the Public Defender of Georgia spoke about the results achieved in the fight against discrimination and the existing challenges. Nino Lomjaria noted that there are a number of challenges relating to women's equality, including discrimination in labour relations, sexual harassment and violence against women. The session was moderated by Ekaterine Skhiladze, Deputy Public Defender of Georgia.

"I call on the Parliament of Georgia, the Government of Georgia and all relevant agencies to step up their efforts to prevent and eliminate sexual violence against girls and women. It is urgent to start a legislative reform, as well as to increase the number of psychologists and social workers, to strengthen the qualifications of the law enforcement personnel and to promote timely and effective coordination between agencies, so that to prevent tragic cases such as children committing suicide or 13-year-old children giving birth to babies,” Nino Lomjaria said at the forum.

The online event was attended by representatives of the Government and the civil society, aswell as experts working on gender issues.