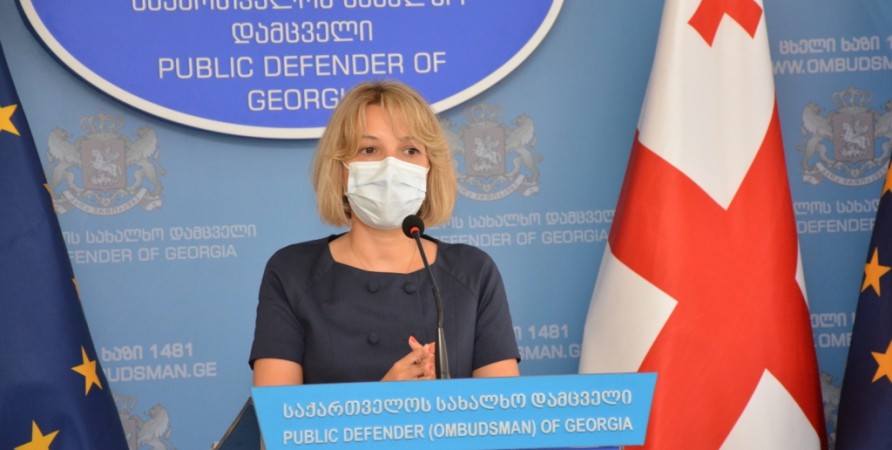 Two months have passed since the violent events of July 5, but the Georgian Prosecutor's Office has not launched criminal prosecution against any individual for organizing group violence. The Public Defender examined the video footage[1] released by the media and considers that the publicly available evidence reaches the standard of probable cause for launching criminal proceedings against two persons for organizing group violence as well as for publicly calling for violence.

The proposal to launch prosecution was based on publicly released videos showing that before the July 5 violence, on Alt-Info TV, Zurab Makharadze and other individuals had been continuously announcing violence against participants in the event planned by Tbilisi Pride. Violent calls were also heard against journalists. The same individuals spread information on television about the formation of groups with the direct purpose of violence on July 5.

It is substantiated in the Public Defender’s proposal that Zurab Makharadze personally led the group violence on July 5, including the removal of protest tents in front of the legislative body and the allocation of various groups to raid the offices of the Shame Movement and Tbilisi Pride.

Finally, according to the Prosecutor General’s Office of Georgia, 53 persons were identified as victims of the group violence on July 5, 2021, and criminal proceedings were launched against 27 persons. However, no one has been prosecuted for organizing group violence.

In addition, the Public Defender made another proposal to the Prosecutor General's Office and demanded the launch of criminal proceedings against Spiridon Tskipurishvili for publicly calling for violent actions. It was established according to the standard of probable cause that on July 5, at about 14:14, the Archpriest of the Georgian Orthodox Church, Spiridon Tskipurishvili, by using a microphone and sound enhancer devices, called on citizens to be violent, thus went beyond the freedom of expression and committed an action forbidden by Article 2391 of the Criminal Code of Georgia – call for violence that creates an obvious, direct and substantial threat of violence.

The Public Defender continues to gather information about the investigation ongoing into the July 5 violence and, if necessary, will again use the authority given to her by the organic law.