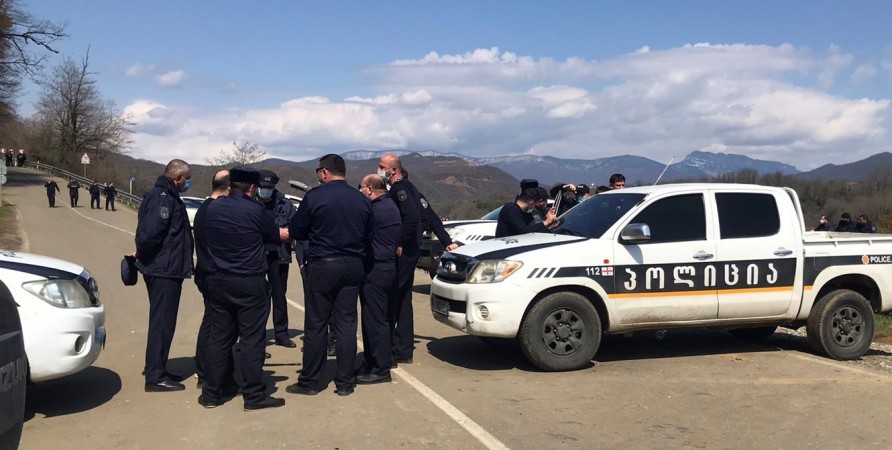 The Public Defender once again responds to the developments around the Namakhvani HPP project and calls on the Ministry of Internal Affairs not to interfere with the realization of the constitutional rights of demonstrators.

Yesterday, on April 3, in the Rioni Gorge, representatives of the company, who were accompanied by police officers, resumed preparations for the construction of Namakhvani HPP, which is being protested by the population. A representative of the Public Defender was present on the spot throughout the day. Police blocked a road leading to the site of protest on both sides, which made it impossible for some people to join the rally. In addition, according to reports, communication signal suppression equipment was installed in the gorge, which prevented timely dissemination of information about the events ongoing in the gorge. Two protesters were arrested, and those who failed to join the rally were fined 2000 GEL each for violating curfew.

It should be emphasized that in the given case, citizens were practically deprived of the opportunity to participate in an assembly due to the restriction of movement, however, the Ministry of Internal Affairs of Georgia did not provide substantiated information about the real and instantaneous dangers that would have justified the interference with the right. This is especially important given the fact that organizers announced in advance that they would hold a peaceful assembly and they did not voice any violent goals. The fining of individuals, who gathered and stayed on the spot in order to join the rally and who, for reasons beyond their control, were unable to enter the desired territory, should also be assessed as interference with freedom of assembly. The above raises doubts about the use of the pandemic-related restrictions against public protest, which is an unacceptable practice.

In addition, the use of signal suppression equipment served as an impediment to the expression and dissemination of information, and resulted in the interference with the constitutional rights.

According to the reports spread today, the road is still blocked, police and a water cannon vehicle are mobilized. Representative of the Public Defender will observe the rally today. The Office continues to study the case.

The Public Defender calls on: