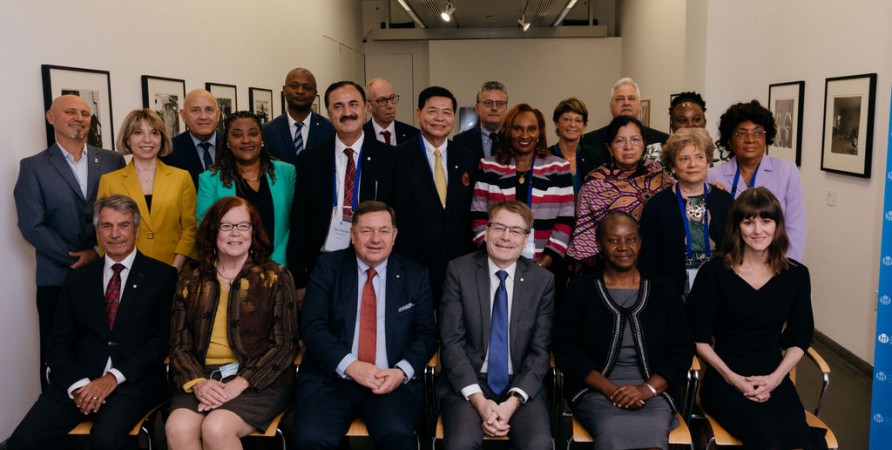 On May 9-12, 2022, Nino Lomjaria, Public Defender of Georgia, participated in the annual meeting of the Boardof Directorsof the International Ombudsman Institute (IOI) in New York, USA, and in the meeting of the IOI Regional Directors.

At the meeting of the Boardof Directors, the UN Ombudsman, Ms. Shireen Dodson, made a presentation, during which she spoke about her activities and role. Participants showed particular interest in the IOI's efforts to obtain observer status from the UN General Assembly. It should be noted that the Public Defender of Georgia is actively working in this direction.

At the meeting, the IOI Board approved membership of seven institutions from Africa, the Caribbean, Europe and North America..

With the Board’s approval, the IOI will also organise a wide array of trainings in the next membership year with a specific focus on topics like torture prevention in Latin America, media skills, etc. Other important issues were also discussed.

IOI President Chris Field signed a Memorandum of Understanding between the IOI and the United Nations Institute for Training and Research (UNITAR) within the framework of the meeting.

On May 25-27, 2022, Nino Lomjaria, Public Defender of Georgia, at the invitation of the Greek Ombudsman Andreas Pottakis, participated in the meeting of the IOI Board of Regional Directors in Sounion, and attended the IOI General Assembly and Conference on “Resetting the Ombudsman Institute: The Mandate and Operational Framework in the Post-Modernist Era"

It should be noted that at the conference in Sounion, one of the judges of the Strasbourg Court particularly emphasized the opinion of the friend of the court filed by the Public Defender of Georgia in the case against Iceland heard by the Grand Chamber as the best practice and described the Georgian Public Defender’s cooperation with the European Court of Human Rights as exemplary.