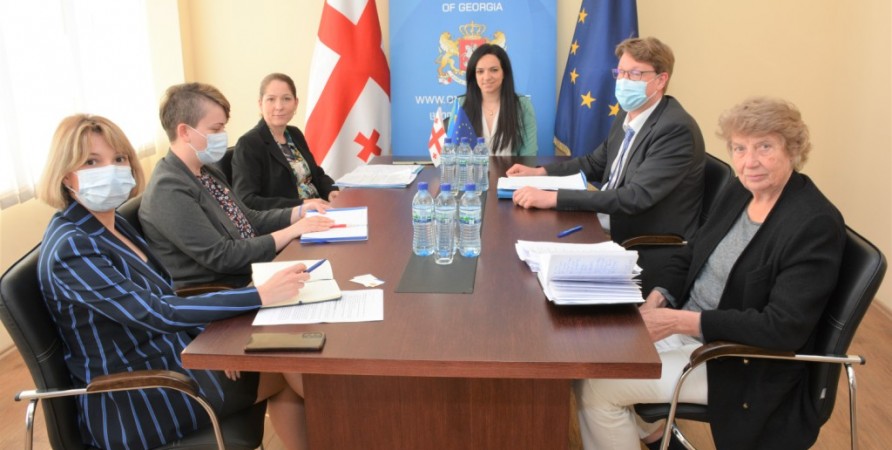 Meeting with Delegation from European Commission against Racism and Intolerance

At the meeting, the Public Defender of Georgia spoke about the elimination of discrimination in Georgia, fight against racism and establishment of the culture of tolerance, as well as the mandate and practice of the Office in the above directions and the recommendations included in the Public Defender’s annual parliamentary reports and special reports for all branches of the Georgian government.

Special attention was paid to the equality mandate of the Public Defender's Office, the rights situation of the LGBT people in the country, the difficulties encountered by ethnic minorities in terms of access to education and the challenges related to the protection of property rights of religious minorities, including the right to build religious buildings.

The European Commission against Racism and Intolerance has been monitoring and positively assessing the efforts of the Public Defender’s Office in the direction of elimination of all forms of discrimination and establishment of the culture of tolerance for years.