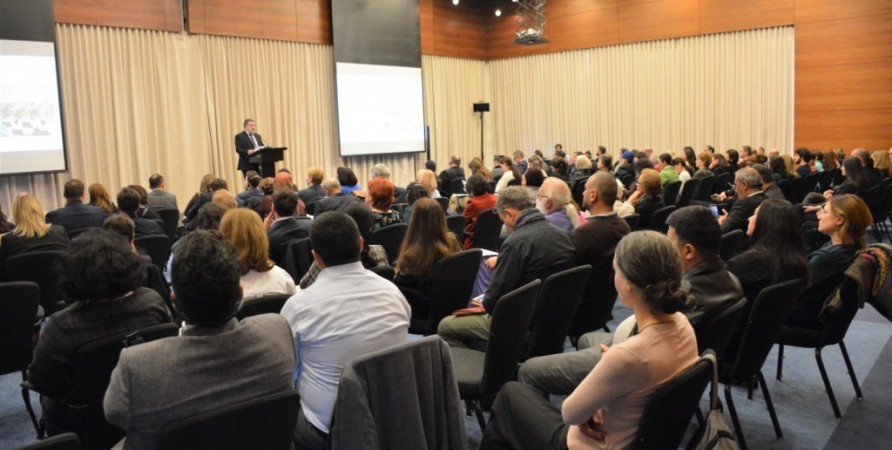 The Public Defender’s Office, together with the Tolerance Center, Council of Religious and Council of Ethnic Minorities, has been working intensively for the last 16 years to introduce the culture of tolerance, freedom of religion, equality and civil integration in the country; reviews applications annually and is involved in strategic litigation; Inter alia, many lawsuits have been filed with the Constitutional Court - to achieve positive systemic changes; In addition, challenges and trends are described in annual parliamentary and special reports.

John A. Pennell, Mission Director for USAID/Caucasus, delivered opening remarks at the event.

First Deputy Public Defender Tamar Gvaramadze reviewed the problems that the Public Defender has been talking about for years, which threaten the equality and well-being of Georgian citizens. She noted that the issue of the restitution of religious buildings confiscated during the Soviet period is still unresolved; It is still an unsolved problem to conduct an effective investigation into the cases of violence committed on religious grounds. Except for few exceptions, hundreds of cases have been suspended or terminated without any results over the years.

"There are still people in Georgia who hide their ethnic origin, change their surnames and nationality, because they do not want to be segregated or considered second-class citizens. The percentage of people who do not disclose their religion is even higher.

How should we combat this? - Along with the firm and uncompromised protection of human rights, it is also necessary to fight against the propaganda of hatred, to transform the attitude, according to which human rights, tolerance, freedom of religion, freedom of expression and liberal democracy are alien and harmful phenomena for our country.

From this point of view, it is necessary to fully explore our history, our traditions and culture. I hope that we, people of good will, will be able to consolidate around the highest value and goal, and probably in one of the most critical moments in the history of our country, we will continue the path of freedom, equality and liberal democracy", Tamar Gvaramadze said. At the end of her speech, she thanked every citizen of Georgia, representatives of ethnic and religious communities and foreign friends for their invaluable cooperation, support and encouragement.

At the end of the event, the works of Bishop Rusudan Gotsiridze were exhibited and the Advocates of Tolerance 2022 were traditionally identified and awarded: entrepreneur Nazi Dakishvili, the owner of a family hotel in the Pankisi Gorge, civil activist Samira Bairamova and Droeba journalist Davit Tamazashvili.