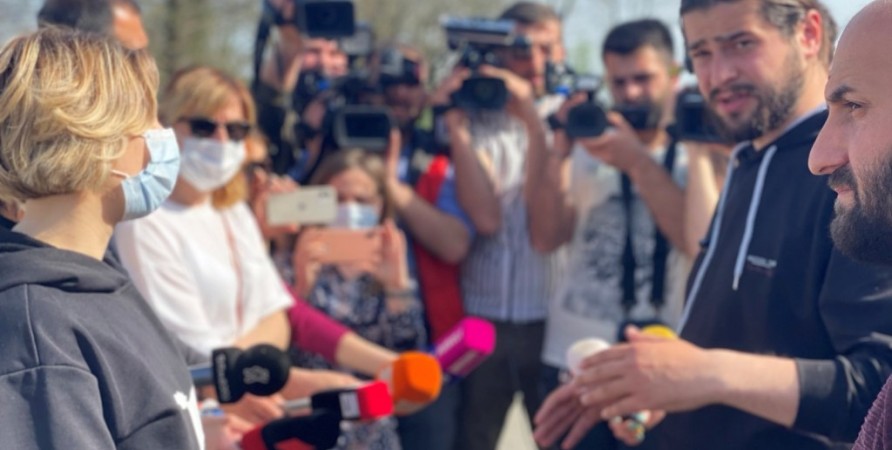 On April 8, 2021, Nino Lomjaria, Public Defender of Georgia, visited the construction site of the Namokhvani HPP and met with protesters.

The Public Defender considers it unjustifiable to restrict the movement of the protesters. "I came and met these people in person to find out about their demands and problems that I may help solve. The main thing that worries these people is the agreement signed between Georgia and the Enka construction company, which, in their opinion, ignores the interests of the state and the local population; This agreement does not consider the interests of the Georgian state. It is also unknown on what grounds the police restrict the freedom of movement of the protesters, especially since there is no precondition, call or sign of turning the assembly into a violent rally,” Nino Lomjaria said.

The Public Defender calls on the Government to have more dialogue with population, since “the lack of information raises legitimate questions among the population. Under these circumstances, it is essential that the Parliament and the executive branch provide accurate and full information to the persons concerned."

Protesters have been protesting against the construction of Namokhvani HPP for more than 160 days. During this period, the violation of the right to freedom of expression has been repeatedly identified. The cases are being examined by the Public Defender's Office.

On April 6, Public Defender Nino Lomjaria met with the management of the Enka construction company, who spoke about the pressure exerted on the company's employees by certain individuals. The Public Defender’s Office is ready to act within its mandate and to apply to the relevant agencies for response after receiving the relevant documentation.

It should be noted that the issue of Namokhvani HPP is briefly reviewed in the 2020 Parliamentary Report of the Public Defender of Georgia.