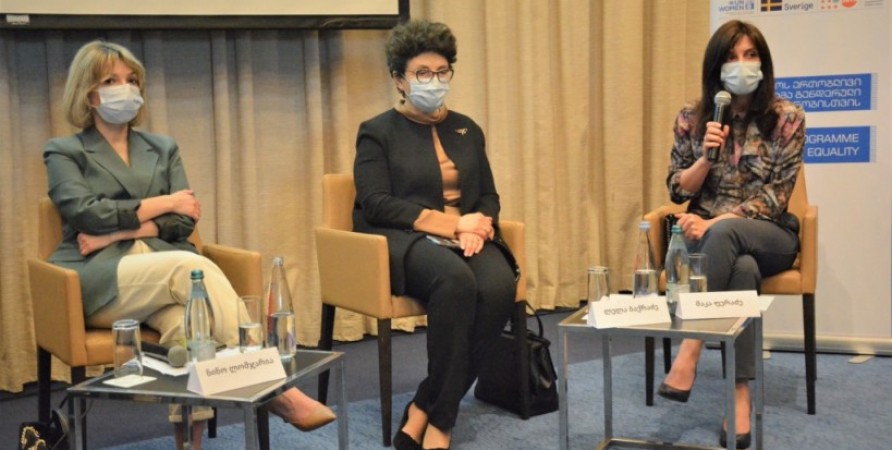 A meeting on the rights situation of women and girls representing non-dominant ethnic groups in Georgia was held in cooperation with the Public Defender’s Office and the United National Population Fund (UNFPA) on April 28, 2022. Two special reports were presented at the event.

One report concerns sexual and reproductive health and rights of women and girls of ethnic minorities; the second report reviews the harmful practice of early/child marriage in Kvemo Kartli and key findings of the study of the relevant attitudes.

Esma Imerlishvili, the author of the report, presented an assessment of sexual and reproductive health and rights of women and girls of non-dominant ethnic groups in Georgia.

The study showed that a number of social-cultural factors, primarily gender roles and sexuality-related stigma, often lead to the violation of sexual and reproductive rights of women and girls of non-dominant ethnic minorities. Another problem is lack of information, which is further exacerbated by the language barrier.

Kamran Mamadli, the author of the study and representative of the Salami platform, spoke about the harmful practice of early/child marriage. The study made it clear that state agencies and community have substantially different approaches and explanations relating to early marriage. Members of the community do not agree with the principles voiced by local agencies. It should be noted that the stereotypes and prejudice about ethnic minorities inside the agencies often prevent them from conducting deep and thorough work.

The reports were prepared by the Public Defender’s Office, with the support of the UNFPA Georgia Office, within the framework of the UN Joint Programme for Gender Equality that is being carried out with the financial assistance of the Swedish Government. The Salami platform also took part in the preparation of the report on harmful practice of early/child marriage and exploration of the relevant attitudes in Kvemo Kartli.

It should be noted that the studies of similar type and scale were conducted in Georgia for the first time.